Bringing forth the EV revolution is one of the greatest challenges yet presented to the global automotive industry.

Nissan has been selling the Leaf for almost a decade, the BMW i3 just turned six, and Tesla is now a household name, and yet electric vehicles remain small fry in the exceptionally large global automotive pond.

That’s because lead times required to develop new EV platforms, plus the issue of reorganizing supply chains, rapidly developing infrastructure to support charging, and a host of other issues means that the revolution feels like it has been stuck somewhere beyond the horizon for years.

But, finally, 2019 seems like the year that mainstream competition is finally going to bring the EV to the forefront of the car market for good. First we had the VW ID3, launched at the Frankfurt Motor Show, and due to hit the road in March 2020. And now Ford has just unveiled its intriguing Mustang Mach-E. 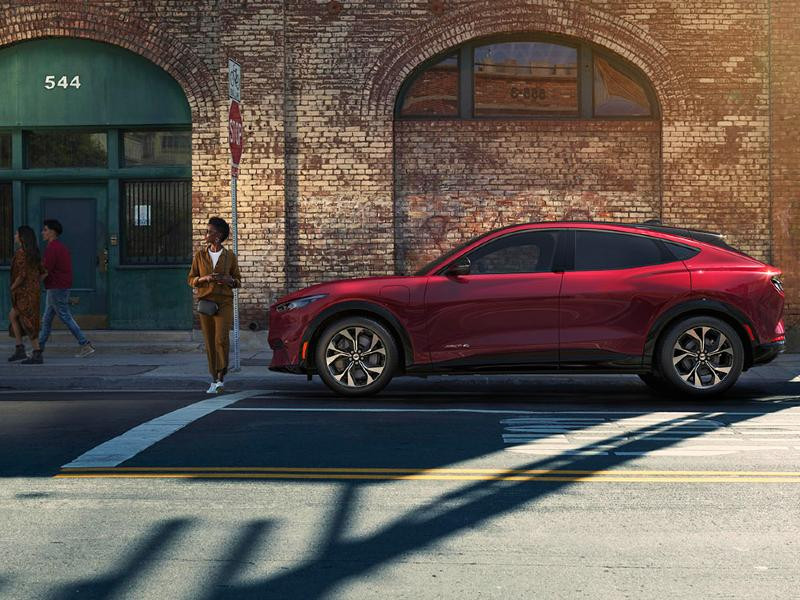 Ford has made a number of significant partnerships on the topic of EV platforms recently. It made a deal with VW to use the firm’s MEB matrix that will yield more than 600,000 Ford EVs – likely to be two different models – for Europe over a six-year period starting in 2023.

In addition to developing its own electric F-150 truck, coming soon, Ford also signed a $500m deal with Rivian to channel its EV expertise.

In an interview, Ford CEO Jim Hackett told Motor Trend that the deal means: “You shouldn’t go down the path of assuming it’s a pickup.” It’s likely that instead, the heavy-duty e-motor and electronic architecture being developed by Rivian for its trucks and the vans it’s developing for Amazon will be used for an SUV larger than the Mustang Mach-E.

The Mach-E itself is part of the third element of Ford’s EV strategy – developing its own EVs in-house. As a result, the car uses Ford’s Global Electrified 2 (GE2) platform, which is a heavily-revised version of its C-segment platform used under the Focus and Kuga/Escape. 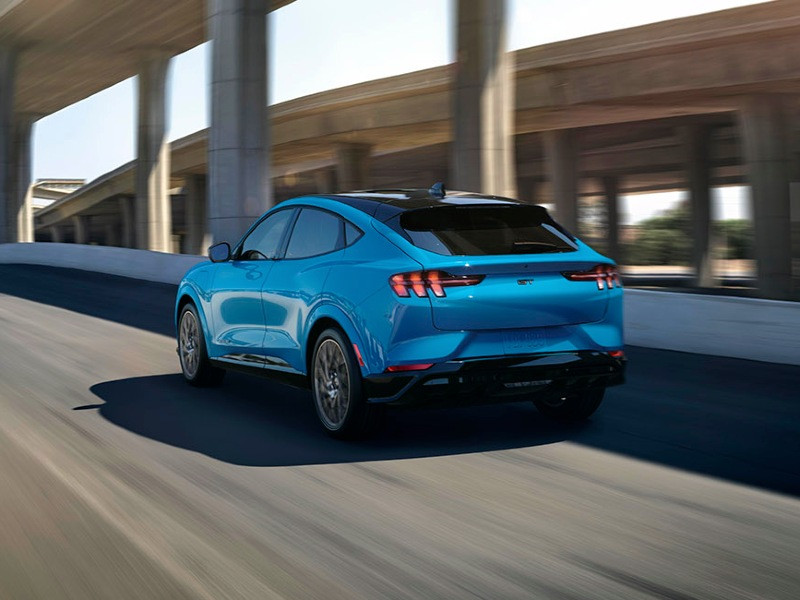 The alterations to the platform allow either a single eMotor to be fitted to each axle, giving rear or all-wheel drive, and for the liquid-cooled battery to be located under the passenger compartment, and within the wheelbase.

Two battery versions will be offered – a standard-range 75.7kWh unit made up of 288 lithium-ion cells, and an extended-range 98.8kWh battery, made up of 376 lithium-ion cells. All batteries are warrantied for eight years or 100,000 miles, whichever comes soonest.

Ford hasn’t officially claimed a range yet, but estimates using the US EPA methodology range from 210 miles for a standard-range battery, rear-drive Mach-E, to 300 miles for an extended-range, rear-drive car.

As for charging, Ford hasn’t fully clarified the specs, but the standard battery charges at up to 115kW and the larger one at up to 150kW at a DC fast-charging station like those offered by Ionity. Ford does say that 57 miles of range can be added with a 10-minute fast charge of the larger battery, while a 10 percent to 80 percent top-up takes 38 minutes.

Ford has worked out that 80 percent of Mach-E drivers will charge at home, so will also offer a Connected Wallbox solution for home charging that runs at the equivalent of 38 per charging hour, while plugging the car into a standard European domestic wall socket gives you nine miles per charging hour.

All models use the same rear motor that develops between 255 and 282hp, depending on the battery version, and 415Nm. All-wheel drive models use a smaller motor up front, except the GT model, which arrives later in 2021, and uses the larger rear motor on its front axle too, giving a combined maximum power figure of 459hp and 830Nm.

The motors all drive their respective axles through a single-speed transmission. Torque vectoring is done by braking only – no clever e-diff action here. On the topic of brakes, the Mach-E also uses Brembo’s new compact Flexira fixed calipers, which explains how the car’s platform seems to limit it to a maximum of 20-inch wheels – whereas the VW MEB can use a 22-inch wheel – and yet GT models run a 19-inch brake rotor front and back.

The GT also gets Delphi’s MagneRide dampers like the rest of the regular performance Mustang line-up. 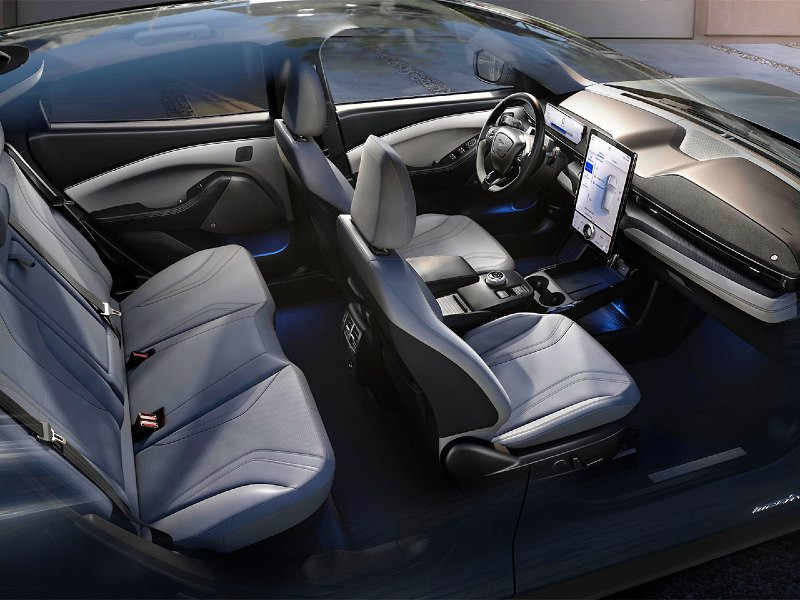 Safety and security is an interesting one with the Mach-E as it launches Ford two-feet into the world of OTA updates, Smartphone as a Key, and a new generation of the firm’s SYNC system that includes a cloud-based assistant.

Reports from the unveil event seem to paint a picture of software that’s still having the bugs ironed out – also a concern – but we’ll give Ford the benefit of the doubt for now as the car doesn’t hit the road for a year or so.

The Mach-E also includes Ford’s latest driver assist tech on higher-grade models. Building on the AEB and lane-keeping assist functions of its Co-Pilot 360 tech, the Mustang gets lasers and cameras that monitor the driver, allowing the car to take over provided it feels like the driver is alert.

The news was confirmed by Dave Pericak, global director of Ford’s icon vehicles, although he did not state when the feature would activated, nor whether owners would need to pay extra.

Mainstream electric cars certainly feel like they’ve been a long time coming. However, while that’s true, particularly in the minds of consumers, the feature content that’s likely to find the Mach-E homes around the world appears deep, well considered, and befitting of a new generation of car.

Competitive range, high performance, decent looks and some useful tech innovations appear to give the car an on-paper edge, and being priced in a similar ballpark to a Tesla Model Y can’t hurt either. If only it wasn’t another year to wait before the Mach-E hits the road…

8 feel-good games that will brighten up your January gloom

Thu Sep 19 , 2019
It’s no surprise that we associate terms like winter blues with January. For many of us, this month is all about short days, cold weather outside, and the pressure of New Year’s resolutions looming over us. That’s why we’ve decided to show you some feel-good games that will help chase […]