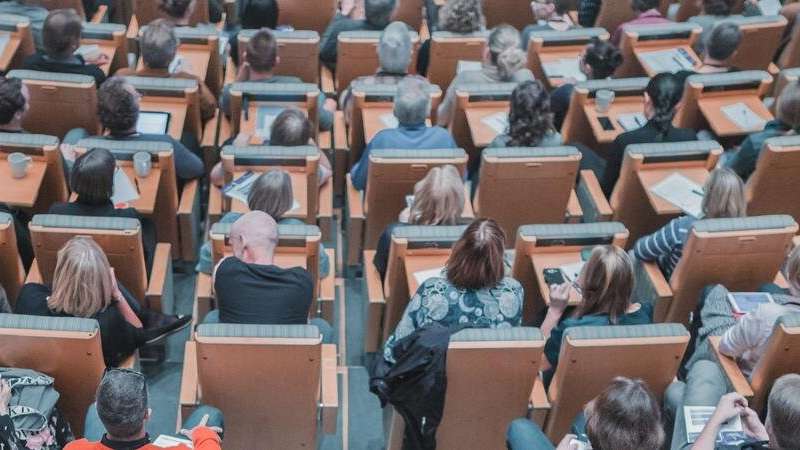 How cluster hiring at U.S. research universities has fared

Cluster hiring is both very popular—and very costly—on university campuses across the U.S. But according to Steven Brint, a sociologist at the University of California, Riverside, far too little research has been done to support the practice’s effectiveness.

Brint, a distinguished professor with dual appointments in sociology and public policy, has studied American higher education for more than four decades. In his view, the national system has mostly been successful—especially in the areas of knowledge growth, innovation, and inclusion—yet there’s still plenty of room for improvement.

In an article published in the Journal of Higher Education, Brint and two sociology doctoral students, Quinn Bloom and Michaela Curran, zero in on one particular facet of American higher education they believe is ripe for refinement: cluster hiring.

Pioneered by the University of Wisconsin–Madison in the late 1990s, cluster hiring seeks to foster interdisciplinary collaboration by bringing together specialists from many different fields to meet the “grand challenges” of contemporary life, such as adapting to climate change or ameliorating poverty.

Brint said the practice’s popularity on campuses partly has to do with its purported ability to make universities more attractive to potential funders. But cluster hiring has also drawn some criticism for placing too much control of university research agendas in the hands of administrators instead of faculty members.

To get a fuller picture of how cluster hiring has fared over the past two decades, Brint, Bloom, and Curran surveyed 199 cluster hires at 20 research universities across the U.S. Those 20 came from a potential pool of 84 universities identified by the researchers as having engaged in cluster hiring.

“We were able to identify 84 research universities that had engaged in cluster hiring using web-crawling technology, but we think there are some we did not catch,” Brint noted.

The researchers also conducted interviews with 18 administrators, analyzed 10 working groups, and studied publications and research impact data to get a sense of whether cluster hiring was beneficial to productivity and research output.

Their main goal was to determine whether cluster hiring has been a boon for interdisciplinary collaboration. What they found was that, contrary to popular belief, cluster hiring generally hasn’t proven particularly successful in getting scholars to work across disciplinary boundaries.

Overall, respondents were neither very satisfied nor very dissatisfied with the workings of their cluster groups—most fell somewhere in the middle—although the lack of a shared research agenda or adequate lab and office space tended to correlate with dissatisfaction, Brint said.

Moreover, from 131 open-ended comments gathered from respondents during the survey, Brint, Bloom, and Curran said they were able to classify nearly half (46 percent) as “unambiguously negative.”

“Consistent with the descriptive statistics, a common theme in the comments is that many cluster groups do not have much, if any, organizational structure,” the researchers wrote.

They noted one university did stand out for its more successful approach to cluster hiring and could be a useful model for other campuses: Penn State.

Brint said administrators at the university were thoughtful in their cluster hiring, sometimes identifying researchers years in advance whom they wanted to recruit into clusters.

Penn State also succeeded by creating clusters only in areas where it already had a comparative advantage, he said, and co-funded all new positions through both departments and institutes, which provided seed funding to encourage collaborations among cluster hires.

In addition, Brint noted the university’s strategy of specifying expectations of cluster units and departments in advance eliminated some of the tensions that tend to arise for assistant professors who are unsure about their obligations to each.

“Such planning is far removed from most of what we observe in our survey responses, and in our interviews with administrators and cluster leads,” the researchers wrote. “The majority of our respondents participated in groups that … operate more like small departments than as cohesive research units, with participating professors interacting and collaborating infrequently as they pursue their individual research careers.”

They added, “If a sincere goal of cluster programs is to encourage hired researchers to work together, then more thought and effort needs to be put into recruiting complementary individuals and forming effective work groups.”

This document is subject to copyright. Apart from any fair dealing for the purpose of private study or research, no
part may be reproduced without the written permission. The content is provided for information purposes only.