Nissan has worked with England’s JR Motorsports (JRM) for a decade on race versions of the GT-R Nismo. JRM won the GT1 World Driver’s championship in 2011 with the GT-R Nismo GT1, and in 2012 developed the GT-R Nismo GT3 that it still engineers and sells for certain international markets. To celebrate a decade of expertise and success with the Japanese super-coupe, the engineering firm has created a road-legal version of the GT3 called the GT23, because just 23 units will be built. That means getting the 3.8-liter twin-turbo V6 in the GT3 car instead of the 5.6-liter V8 in the GT1 racer, but without FIA series restrictions, GT23 specs surpass both the competition cars. It starts with a tune to 650-horsepower, 50 hp more than the GT3 car, and a likely 510 pound-feet of torque in a package that weighs 2,811 pounds. The scale figure is about 55 pounds less than the actual GT3 racer, and a gargantuan 1,054 pounds less than a stock, 600-hp GT-R Nismo.

Nothing’s been untouched.The aggro aero starts up front with a mesh grille replacing the solid bumper, above a huge splitter. What’s left of the hood really only provides attachment points for an enormous duct below the cowl. The track’s been widened by 3.5 inches in front and 3.9 inches in back, covered with wider, vented fenders and underlined with extended, vented side sills. The high rear wing lords over a mostly unchanged rear end fitted with a deep diffuser and center-exit exhaust. Even with all that, the GT23 is a whole foot shorter than a stock GT-R. JRM says that with 325-width race slicks on the 18-inch wheels all around, the GT23 can max out at 2G in corners. An optional Extreme Pack ups output to 760 hp, bolts on a larger front splitter, turning vanes, and a bigger rear wing, fits an FIA roll cage, fire extinguisher, stiffer suspension and anti-roll bars, center-lock wheels, and air jacks.

Engineers swapped the GT-R’s all-wheel drive for rear-wheel drive, and moved the engine back to improve balance. The seven-speed automatic is gone, a six-speed sequential gearbox with a four-plate clutch in its place. The suspension is height-adjustable, the brakes vented all around, with six-piston calipers in front, four-piston units in back.

The interior’s been stripped to near racing standard, the gauge cluster thrown out for a compact, full-color digital display. A steering wheel with a bunch of buttons matches the new center console that’s been pared back to a push-button control center on the tunnel. And get a load of that all-encompassing race seat. 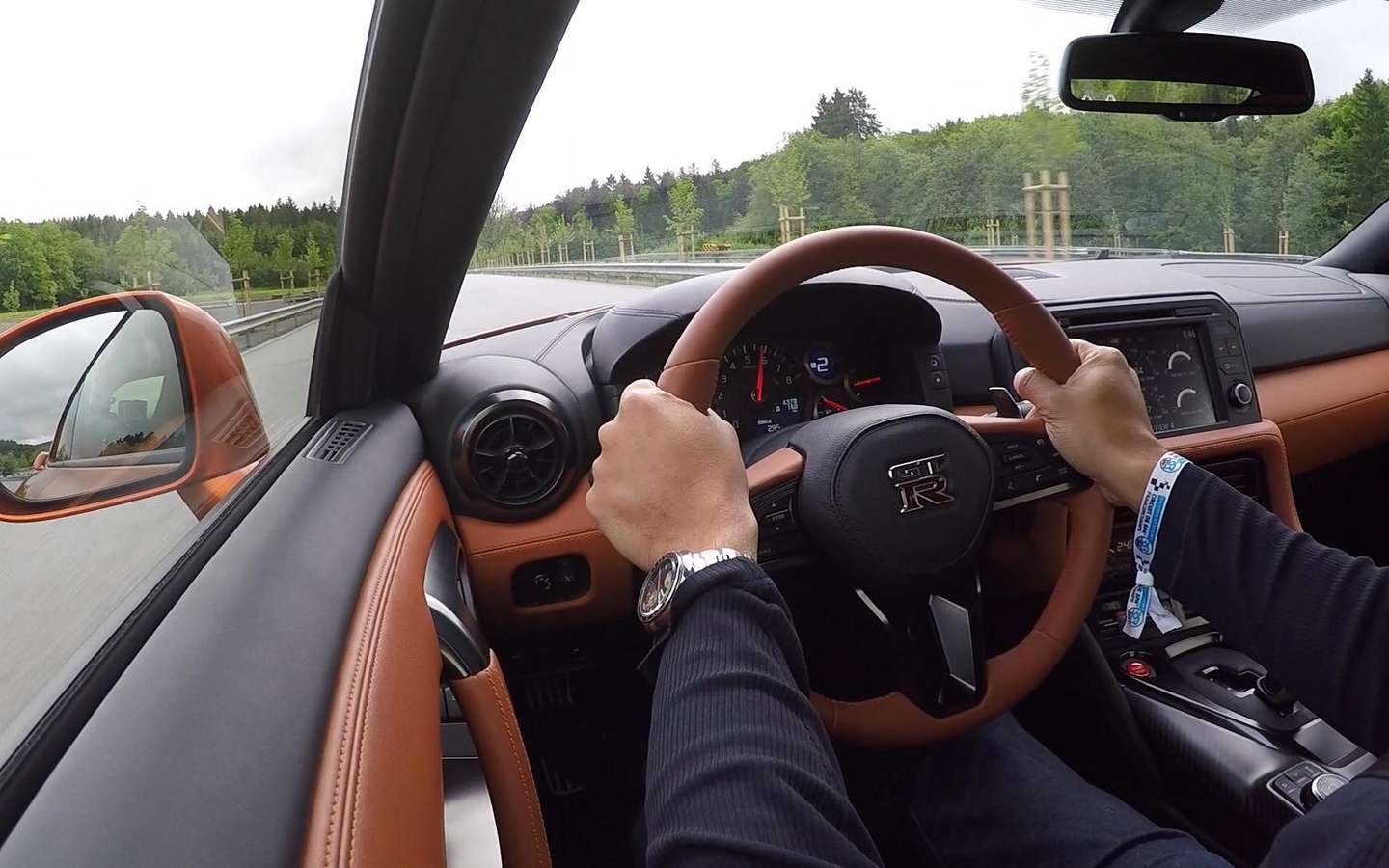