Do all the changes to this refreshed sporty sedan make it more desirable than before? We find out.

Jaguar has refreshed the XE sedan to bring it up-to-speed with the competition. It now features some cosmetic changes, as well as certain interior upgrades. More importantly, this car gets a set of BS6-compliant engines – a 180hp, 2.0-litre diesel and a 250hp, 2.0-litre, turbo-petrol engine. Both engines are available in two variants – S and SE – and priced on par, at Rs 44.98 lakh and Rs 46.32 lakh (ex-showroom, India), respectively. We put the more exciting turbo-petrol engine in the top-spec SE variant to the test.

Changes to the exteriors are subtle – the LED headlamps are sleeker now and the DRLs double as dynamic turn indicators; even its grille is larger and bolder now. This SE variant gets the ‘Black Pack’ as standard, which includes blackened chrome bits on the front grille, fender embellishments and window surrounds. The LED tail-lamps have been revised, and its bumpers get some styling tweaks too. Overall, though, the XE looks stunning, especially in this Caldera Red shade paired with the satin grey wheels.

Like the exteriors, the interiors feature subtle changes, but these make all the difference in upping its premium appeal. The climate control area is now completely touch-operable with backlit keys. Then, the gear-selector knob has made way for a more conventional unit, and the area around it gets lacquered wood trim. Its touchscreen is a larger, slicker unit, with Android and Apple connectivity. Wireless charging too is part of the package. A big addition is the all-digital instrument cluster; it’s crisp, intuitive, and offers multiple screen options. Even the steering is new, and all the controls on it are touch-operable with some clever backlighting. 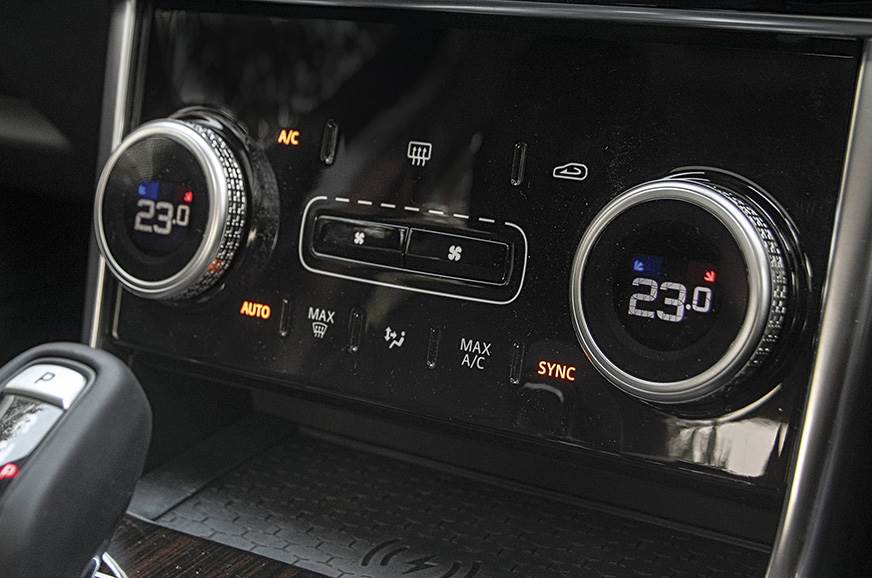 The overall dashboard layout remains familiar, so the ‘Riva loop’, which runs the breadth of the dashboard into the doors, continues to cocoon the front occupants. The seats are comfy, and you sit low, in a rather sporty driving position. An interesting feature is the memory function for the seats – it not only remembers the preset seat and mirror position, it also remembers the air-con temperature, instrument cluster setting, as well as the radio station you were listening to.

At the rear, though, the story isn’t as pleasant. Firstly, the door cavity is narrow, so getting in and out isn’t very easy. Then, the cup-shaped backrest isn’t very comfortable, especially because the cushioning at the extreme ends is a bit intrusive. Also, the large rear air vents and high floor hump make it less friendly for a middle passenger.

The XE turbo-petrol engine is now available only in the higher 250hp/365Nm state of tune. Throttle response, however, is not instant and there’s a momentary hesitation; you need to prod the throttle a bit to get moving. Get it in its zone, though, and it rewards the driver with punchy power delivery and strong midrange performance. The motor is refined at idle and sounds raspy when it spins faster. It uses an 8-speed ZF transmission like the BMW 330i, but the character of this transmission is very different from the BMW’s, and it isn’t as smooth or as seamless. It managed to do the 0-100kph sprint in 8.61sec, which is 2.1sec slower than the claimed time, and 2.4sec slower than the BMW 330i. There are multiple drive modes on offer, including a new ‘Rain, Ice, Snow’ mode that enables cleaner launches in low-traction conditions. 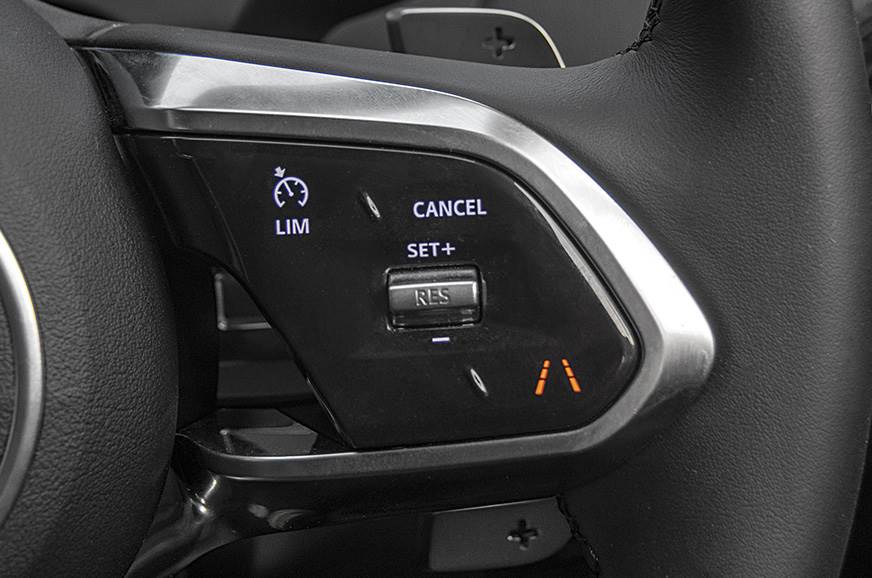 Ride and handling continue to be the XE’s strength, so not only does it round-off rough patches really well, it feels sharp and eager to change direction. Adding to the drive experience is its precise, well-weighted steering and sharp brakes. The new lane-keep assist feature warns the driver with mild vibrations on the steering, and even makes steering corrections when it detects the car veering off its lane; although this system works erratically in India due to our poorly marked roads.

The Jaguar XE is the type of ‘connected car’ that driving enthusiasts long for – it’s got a superbly balanced chassis, a communicative steering, it makes the right sounds, and is paired with a set of strong anchors that further instil confidence; too bad that its gearbox saps some fun out of the drive experience. And then there’s another chink in its armour, and that is its rear-seat experience.

So if you want a stunning luxury sedan in your driveway that’ll offer a thrilling drive experience, the XE is for you, but if you want a more rounded package, its German counterparts still do a better job.

TRI Teaching Robots to Help People in their Homes

Tue Apr 16 , 2019
The world’s population is aging at a dramatic rate with global implications.  Public policy plays a key role in addressing the socioeconomic impact of the demographic shift. But we believe advances in robotic capabilities will be critical to enabling people to age in place longer and live a higher quality […]