The 2020 Barrett-Jackson Collector Car Auction in Scottsdale has some absolute whales of vehicles going up for sale, but two unlisted cars might have stolen the show. This morning, January 16, Chairman and CEO Craig Jackson unveiled Little Red, a completely restored prototype 1967 Ford Shelby Mustang GT500 EXP that was previously thought to be lost forever. It debuted next to the restored 1968 Ford Shelby Mustang Prototype nicknamed the Green Hornet. It marked the first time the two have been on display together.

Little Red, which Barrett-Jackson calls one of the “most sought-after and elusive vehicles in postwar history,” has been under the knife since it was discovered on March 3, 2018, in rural North Texas. It took a search super team of Jackson, restoration specialist Jason Billups, and several other experts to find the mythical vehicle. The crew used the original Ford VIN, not the Shelby serial number, to locate the original registration and, eventually, the eventual owner. And because it was 2018, the owner was contacted through social media.

The big-block notchback is so special because it is one of only two experimental vehicles (the other being the Hornet) built by Ford Motor Company and Shelby American. Little Red is the second GT500 to be serialized, the only GT500 hardtop coupe built by Shelby American, and the only GT coupe that was originally ordered with dual-quad carburetors from the factory. The developmental vehicle explored many never-tried-before features such as a new bodystyle and adding a Paxton supercharger. Ultimately, it served as the archetype for the Mustang California Special, which was created under the supervision of Lee Iacocca. 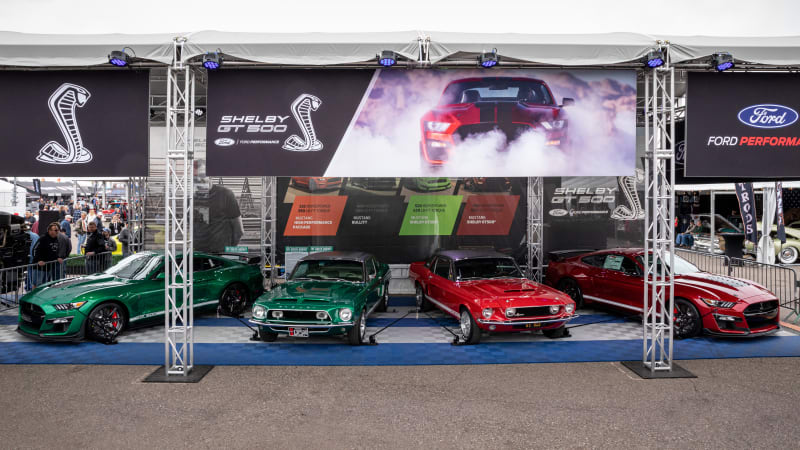 Fri Apr 5 , 2019
A team of EU-funded researchers has developed an accurate and non-invasive way to detect cancer through a person’s breath. The hand-held sensor can be used by anyone without medical supervision in combination with their smart phone. Tests reveal the accuracy of the sensor is about 93 %. © andranik123 #289020801, […]