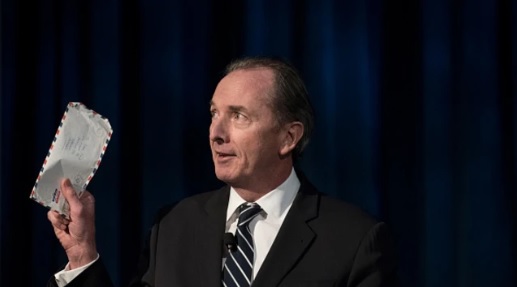 There have been a few times over the past year when James Gorman worried that Morgan Stanley might be losing its grip as the BMOWS. By which we mean that, from the “confusing” miss in 18Q4, to placing a nearly $1 billion bet on potential future millionaires, to kvetching about trade wars, to having your stock-trading rivals nipping at the heels, to firing 1,200 people just in case, Gorman has spent each and every one of the last 31,556,952 seconds worrying.

Morgan Stanley’s fourth-quarter earnings of $2.2 billion, or $1.30 a share, on $10.9 billion in revenue topped expectations of analysts polled by FactSet. For the full year, it posted $9 billion in profit on a record $41.4 billion in revenue…. Contributions came from all four of its major businesses—investment banking, trading, wealth management and asset management—and lower taxes. Costs rose, in part because of $124 million in severance paid to thousands of employees let go last month…/Morgan Stanley’s return on tangible equity, a measure of profitability, was 12.9% for the year, excluding one-time tax benefits. On Thursday, Chief Executive James Gorman set a new goal of 13% to 15% by 2021 and as high as 17% in the future, a level currently achieved only by JPMorgan among major U.S. banks.

The lesser House of Morgan is Dimoning while Goldman Sachs is trying to become a check-cashing store and failing. Truly we live in strange times.

Morgan Stanley Clears Bar in 2019, Then Raises It [WSJ]

Fri May 17 , 2019
This easy homemade cream of mushroom soup is creamy without a lot of cream! It’s made with loads of mushrooms and that’s about it. So quick and easy, you’ll never buy the canned version again. Photography Credit: Elise Bauer Cream of mushroom soup has been a favorite of mine as […]