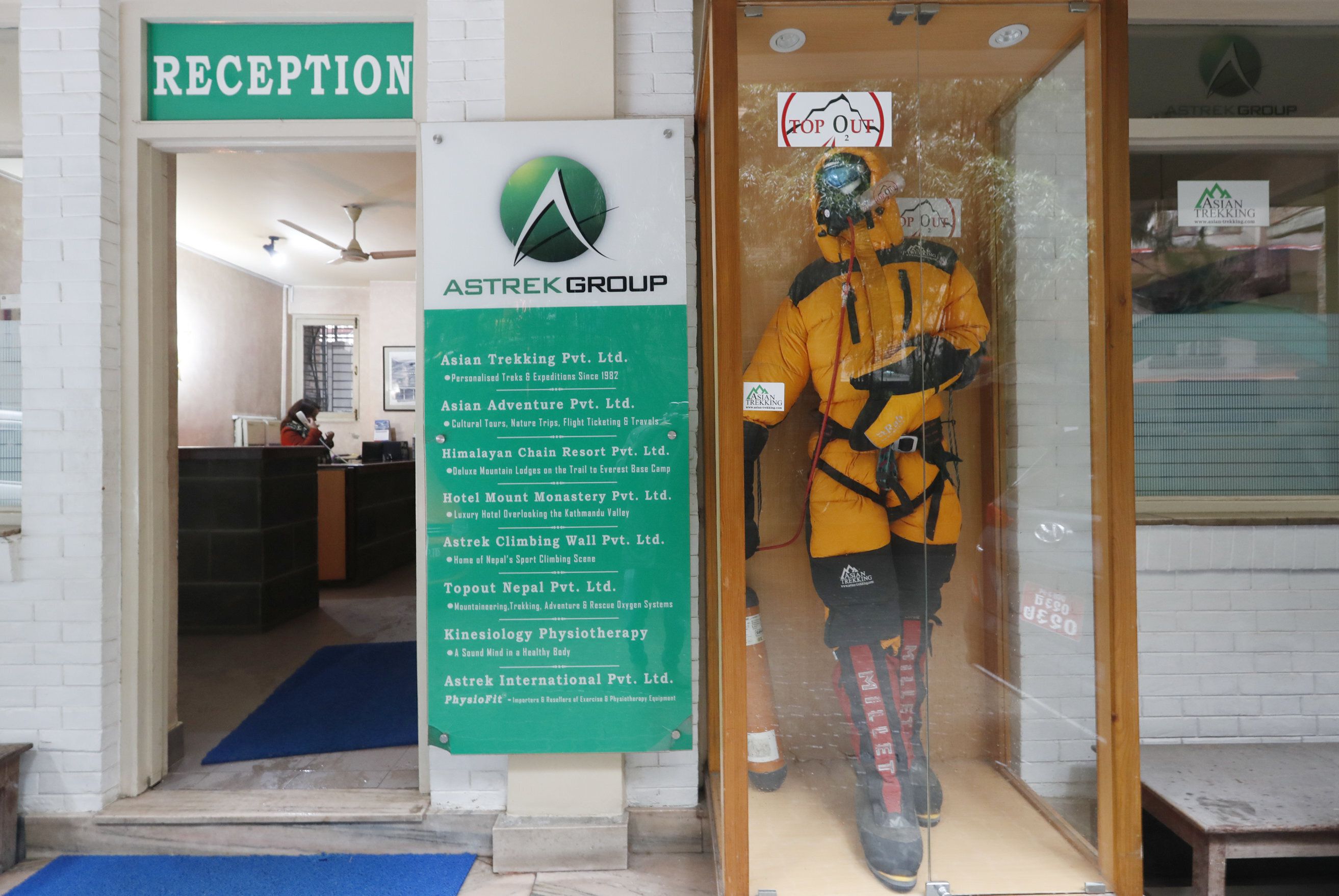 KATHMANDU – Once relegated to support staff, Nepalese climbers famous for their skills on the world’s highest peaks are emerging out of the shadows of their Western peers.

They now dominate the lucrative industry in the Himalayan nation. Sherpa-owned companies have lowered the cost of expeditions, leading to record numbers on the peaks but also a higher death toll.

Eleven people died in 2019, the largest toll in four years, some of whom suffered cardiac arrest while waiting to make the final summit to Everest. There were 1,136 climbers in Nepal last year, about 40% more than in 2013.

Since climbers began attempting to reach Mount Everest a century ago, the industry has been controlled by Western companies relying upon Sherpas as guides and porters.

Mountaineering expert Ang Tshering’s great-grandfather was among the workers who were part of the 1924 George Mallory and Andrew Irvine team that attempted to scale Everest from the Tibetan side.

In recent years, however, the tide has changed: Sherpa guides are now more educated, and have traveled farther than their predecessors, picking up business acumen and corporate endorsements. As a result, there are more Nepal-based companies globally, not just in Nepal, but also in China, India and Pakistan, which collectively boast the world’s 14 highest peaks.

“Nepalese are leading in the mountaineering and adventure tourism in the region now,” Tshering said. “Nepalese operators have made a leap in mountaineering sector because they are less expensive, more experienced, have collected equipment and gears over the years they can use and have to pay less for a climbing permit.”

Local guides must pay $650 for a climbing permit, compared to $11,000 for foreigners, said Surendra Thapa, official at the Department of Tourism.

There are now 47 Nepalese companies that handle expeditions to the world’s highest peaks compared to about a dozen foreign companies, according to Krishna Aryal of Expedition Operators Association of Nepal.

“Western climber guides and operators are no competition for Nepalese,” said Apa Sherpa, who climbed Everest 21 times before retiring. “They used to serve the foreigners but now are mostly working for themselves.”

Nepalis’ rise to the top of the mountaineering industry has spread the wealth more broadly among native communities.

The trekking paths to Everest and other peaks are lined with hotels and restaurants and shops owned by the Sherpas. For the first time, most children in the region have been educated in schools and families have permanent houses. Some of them have even begun to expand their investments to hotels, trade and even developing hydropower projects, Aryal said.

With the number of Nepalese operators increasing and the price dropping, there has been increase in number of Everest climbers.

Kathmandu-based Seven Summit Treks, which has been in operation since 2010, had the highest number of clients last year.

Owner Mingma Sherpa said they offer the lowest rate for those attempting to scale Everest starting at $30,000. Western companies are known to charge twice that.

“I charge very little because I know how it feels to have a dream and not able to achieve it, so I decided that I will help people achieve their dream of climbing the highest mountain,” Sherpa said, adding that his clients receive the same services like food, guide support, transportation and lodging as clients of Western operators.

The dramatic difference in price, he says, is owing to the fact that Sherpas are happy with thinner profit margins.

“Now people who do not have too much money are also able to achieve their dream of climbing Everest or any tall peaks,” he said.

He said Nepali operators don’t skimp on safety — climbers use the same rope fixed by their Sherpas to reach the top, the same aluminum ladder paths Sherpas set up to cross Everest’s infamous icy crevasse as well as camps on the same sites as everyone else.

John All is a professor of environmental science at Western Washington University who visited Everest on a research expedition in 2019.

“Adding a Western operator just adds someone to the top of that structure that needs to be paid,” All said. “The Western operators are best for rich people who are uncertain about their abilities and need someone to baby them a bit. More experienced climbers can use Nepali organizers.”

The benefits of self-service analytics

Sun May 19 , 2019
Everyone knows that we live in a data economy and organisations are gathering more information than ever before about customers, buying habits, team performance, internal operations, finance, and the supply chain. And as the Internet of Things spreads, the number of channels and devices that draw data into the enterprise […]