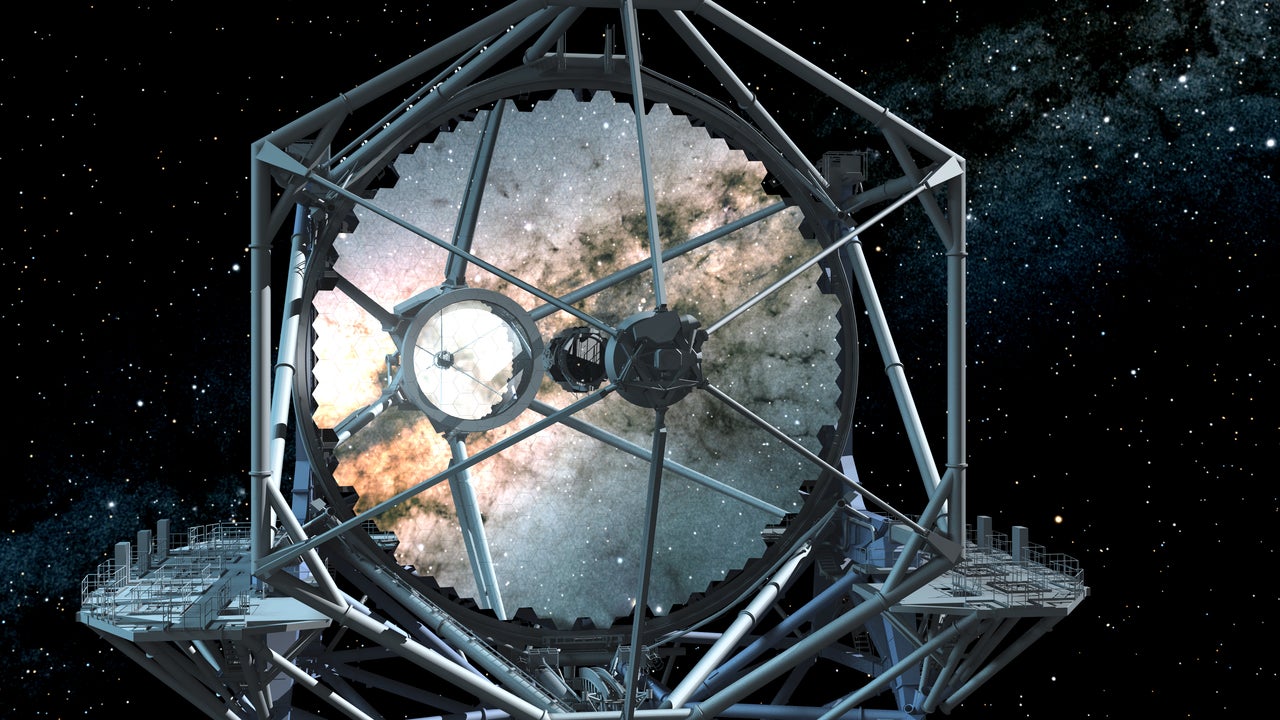 One morning earlier this month, on the rain-soaked slopes of Mauna Kea in Hawaii, Noe Noe Wong-Wilson was settled in for the long haul. Wrapped in a trench coat to keep out the wind and cold, the educator and activist held a meeting amid camp beds and folding chairs inside a giant tarpaulin-sheltered tent.

Wong-Wilson is a leader of the Mauna Kea kia’i, a group of Native Hawaiians who have been encamped near the volcano’s base since July. They are preventing construction workers from building an enormous telescope near the summit, on land the kia’i regard as sacred. The planned Thirty Meter Telescope (TMT) would transform astronomy by peering into the Universe with sharper vision than nearly any other. But there are already 13 telescopes atop Mauna Kea, and the kia’i say that adding the TMT would be too much.

If project officials cannot work out a way to build the telescope in Hawaii, they intend to move it to an alternative—but slightly less scientifically compelling—site in Spain’s Canary Islands. Whatever the outcome, the debate over the TMT is profoundly transforming how astronomy is done in Hawaii. The island chain—one of the world’s best platforms for stargazing—has become a testing ground for the ethics of conducting research in a place full of injustice towards Indigenous peoples.

“Gone are the days of the scientific conceit of being separate from the community,” says Jessica Dempsey, deputy director of the East Asian Observatory, which operates a telescope on Mauna Kea. “Astronomers really have to do more contemplation about where they are in the world, and about the social context and impact of their work.”

How the Mauna Kea stand-off plays out could affect astronomical research in other locations and other fields of science around the world, she says.

Astronomers confronted this new reality this month, when thousands of them attended a meeting of the American Astronomical Society in Honolulu. The conference featured many sessions on Hawaiian culture and astronomy and saw anti- and pro-TMT demonstrations. “It’s an industry that is congruent with our culture as explorers,” said Malia Martin, a Native Hawaiian who supports the TMT, as she waved a Hawaiian flag outside the convention centre.

The fight over the TMT has become a symbol of historical inequities in Hawaii, notably the seizure of lands from Native Hawaiians before and after the United States annexed the islands in 1898. “This is a political issue rooted in historical injustice,” says Greg Chun, executive director of Mauna Kea stewardship for the University of Hawaii, which manages the mountaintop land on which the observatories sit. Homes and vehicles across the islands often fly the Hawaiian flag upside down as a symbol of protest against the US government.

TMT officials have tried to address some of these long-standing issues, in part by establishing educational and workforce-training programmes for local residents. But the project, which is expected to cost its partners in the United States, India, China, Japan and Canada more than US$1.4 billion, has not been able to proceed with construction. Both times it tried—first in 2015, and then again in July 2019—the kia’i blocked the road to Mauna Kea’s summit.

The 13 existing telescopes atop the mountain face an uncertain future. The University of Hawaii has committed to remove five as a condition of the permit to build the TMT. The three chosen so far are among the oldest telescopes on Mauna Kea.

The future of the rest—which include some of the world’s most scientifically productive observatories, such as the Keck and Canada-France-Hawaii telescopes—is assured only until 2033. Astronomy will end on Mauna Kea after that if the state government does not renew the university’s master lease on the mountaintop, which governs all the telescopes’ operations.

From her spot at the base of the mountain, Wong-Wilson says she is open to the possibility of the lease being renewed. “There is space for discussion about improving the way astronomy remains upon our mountain,” she says. “But attitudes have to change. Astronomers look at us like we’re the bad guys, like we’re intruding on their space. It’s quite the opposite: they’re in our space.”

Cutting-edge astronomy should continue within the footprint of the existing observatories, says Rosie Alegado, an oceanographer at the University of Hawaii at Manoa. She helps lead a group of Native Hawaiian scientists who this month called for an immediate halt to the TMT project while organizers seek “informed consent” for the telescope to move forward. They also called for Indigenous people to have more overall input into decisions involving the mountain. “I feel like astronomy on Mauna Kea could represent an example of when science got off course, but we course-corrected and came back stronger than ever,” she says.

How that might happen remains to be seen. If the TMT moves to the Canary Islands, it will take with it money it would otherwise spend to help maintain the infrastructure for astronomy on Mauna Kea, such as the road to the summit. The move could also shift the focus of TMT partners, a few of whom operate some of the existing telescopes, away from Hawaii.

State and local governments have brokered a detente between TMT officials and the kia’i until the end of February. Representatives of various groups are meeting to try to hammer out some sort of agreement for whether and how the TMT might proceed on Mauna Kea.

But the clock is ticking. The telescope needs funding from the US National Science Foundation to keep moving forward. To get it, the project would need to be ranked highly in the next ‘decadal’ survey of priorities for US astronomy, which scientists are compiling. Results are expected in early 2021. The TMT might not be ranked highly if it can’t show that it has a clear path to construction—which means that the issues with Mauna Kea need to be sorted out, or it needs to move to the Canaries.

For Dempsey, the debate has pushed long-simmering disagreements over science and land rights to the fore. “I’m kind of glad in some ways that we’ve been forced into this conversation,” she says. “We didn’t do enough creative things in our local community in Hawaii until we were forced to—by people saying that this is not okay.”

This article is reproduced with permission and was first published on January 14 2020.

Tue Oct 29 , 2019
Just wanted to thank whoever it was that recommended Complexion Rescue on another thread. So sorry I can’t remember which thread it was or the name of the poster, and I’m not even sure it was on this forum or the Beauty Forum. However, on the basis of the poster’s […]