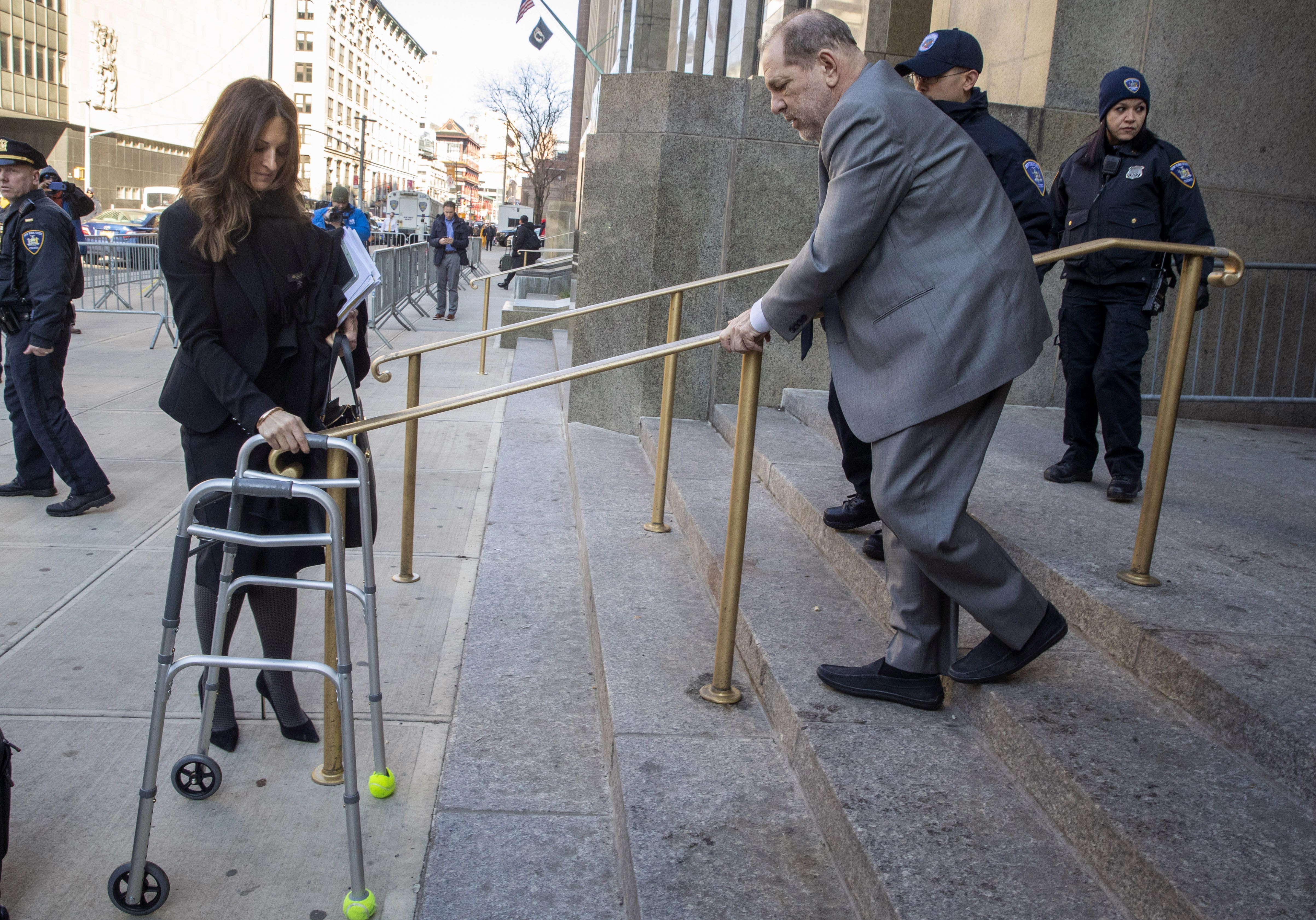 Hadid, 24, was spotted shortly before 9 a.m. walking into the courthouse trailed by a person resembling a body guard. Holding a black handbag in one hand and a cup of coffee in the other, Hadid didn’t say anything as she disappeared into a room.

A few minutes later, she left the courthouse. Court officials confirmed she was cut from the list of potential jurors, an expected development following the attention her presence in court generated.

She caused a stir Monday when she emerged as a potential juror, telling the judge she had met Weinstein but could be impartial. She also said she had met actress Salma Hayek, a potential witness.

Despite Hadid’s insistence that she could “keep an open mind on the facts,” the defense and prosecutors later agreed that having her on the jury would be too much of a commotion.

Weinstein’s lawyers have demanded the trial be moved out of New York City, citing “flash mob” protests in the streets whose chants can be heard 15 stories up in the courtroom and a crush of reporters and photographers that have turned the case into a “media and entertainment circus.”

The defense, having lost an earlier change of venue request, said the “carnival-like atmosphere” surrounding jury selection, coupled with the frenzy over Hadid’s appearance in the jury pool and social media comments by prospective jurors, showed Weinstein won’t get a fair shake in his hometown.

Weinstein, 67, is accused of raping a woman in a Manhattan hotel room in 2013 and sexually assaulting another in 2006. He has said any sexual activity was consensual.

If convicted, Weinstein could face life in prison.

Judge James Burke has said he expects a panel of 12 jurors and six alternates to be seated in time for opening statements and testimony on Jan. 22. He told prospective jurors that he expected the trial to finish up in early March.