Vegan home cooking has exploded in recent years, with everyone from health-conscious celebrities to fitness-obsessed sports stars opting for the plant-based diet.

Whether it’s an ethical or a diet-related choice, there’s been a surge in interest in vegan food and recipes which cut out meat and dairy without compromising on great flavour. Vegan food is no longer limited to just super healthy lifestyles – maybe you’re looking for a way to include more vegetables in your diet, or simply want to eat less meat.

To help inspire you to try the delights of a plant-based diet without sacrificing on quality, we’ve brought together the best vegan cookbooks available right now, with recipes from around the world to suit all budgets and tastes.

The Holy Bible of plant-based recipes and the highest-selling vegan cookbook, BOSH! is a great place to get started with vegan cooking.

The authors, Henry Firth and Ian Theasby, rose to fame on social media with their fun, easy-to-follow vegan recipes. With BOSH! the duo claim to have created ‘all-plants versions of classic dishes that are free from meat, eggs, and dairy, but still totally scrumptious’ – and we agree.

The cookbook contains over 140 exciting recipes, and with crowd pleasers like cauliflower buffalo wings and jackfruit tacos, there’s a vegetable-based classic for everyone. 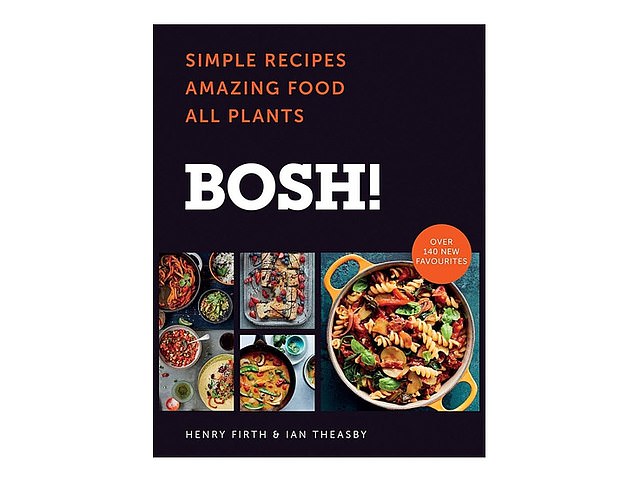 So Vegan In 5 is full of simple, affordable and tasty recipes crafted with just five ingredients. It comes from the couple behind the popular recipe channel So Vegan, which boasts over one million devoted followers online.

Roxy Pope and Ben Pook formed the vegan recipe channel to revolutionise the way people think about meat-free cooking, and dismiss the idea that it is complicated and expensive. With their first book, the pair have created 100 easy-to-make, time-saving vegan recipes. You’ll find everything from healthy light meals to classic dinners – the Creamy Mushroom Pasta is a particular highlight.

So Vegan In 5 is a great introduction to plant-based cooking and the vegan lifestyle, recommended for those on a budget. As the couple say, it’s ‘the easy way to eat more plants’. 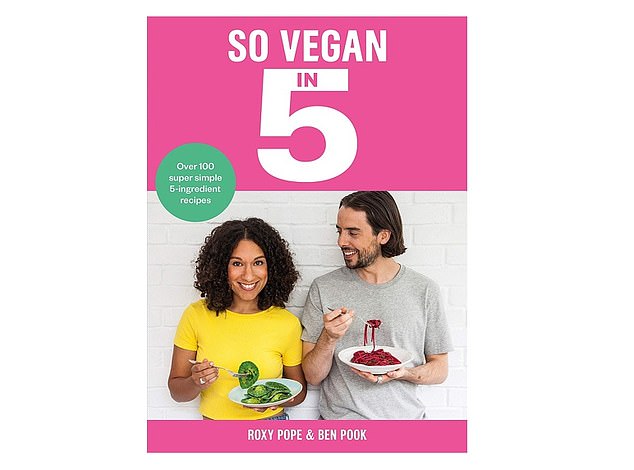 The Thug Kitchen team have succeeded thanks to a quirky combination of delicious vegan food and a devil-may-care attitude. Their aim is to get you to ‘eat like a champ, not like a chump’, and they count Gwyneth Paltrow as a fan (‘It’s like gangster vegan chef,’ she’s said).

Thug Kitchen’s cookbook has a wide variety of unconventional recipes including Roasted Beer and Lime Cauliflower Tacos, which sit nicely alongside vegan cooking facts and techniques (and a lot of swearing). Recommended for no-nonsense party foods and plant-based versions of classic meals. 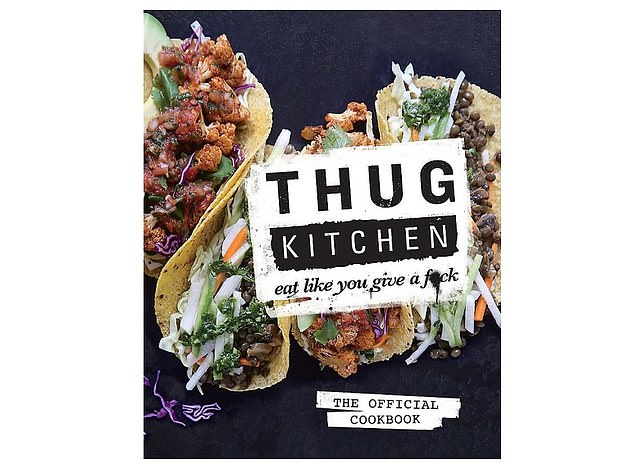 If you recognise the Dirty Vegan, that’s because the author is ex-Dirty Sanchez star Matt Pritchard, who now hosts the BBC’s first vegan cookery show.

The Welshman has created 80 uncomplicated plant-based recipes (‘none of this Michelin Star sh*t,’ says Pritchard) with a focus on specialist nutrition, to show you how your diet can help you perform better in all aspects of life. They’re exciting, too: recipes range from crispy bang-bang tofu to peanut and chilli stir-fry. 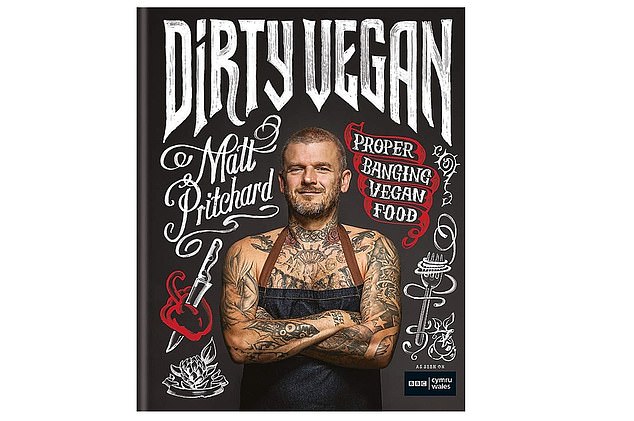 If the Dirty Vegan isn’t to your tastes, try the Easy Vegan. Sue Quinn’s cookbook focuses on recipe and taste for beginners who want to experiment with plant-based cooking.

Easy Vegan’s 140 recipes aim to prove that vegan dishes can be just as tasty, and the book includes great explanations like how to ‘veganise’ a recipe by swapping out key ingredients for healthier alternatives, and uses illustration to break down some of the facts surrounding vegan food. 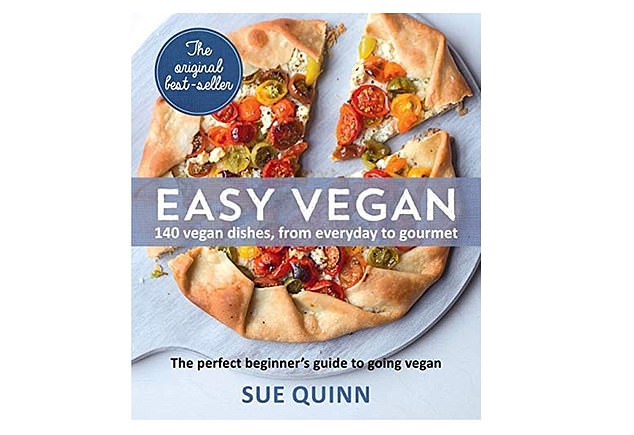 Katy Beskow’s 15 Minute Vegan is a collection of 100 simple, budget friendly vegan recipes that can be prepared using supermarket ingredients in just a quarter of an hour. 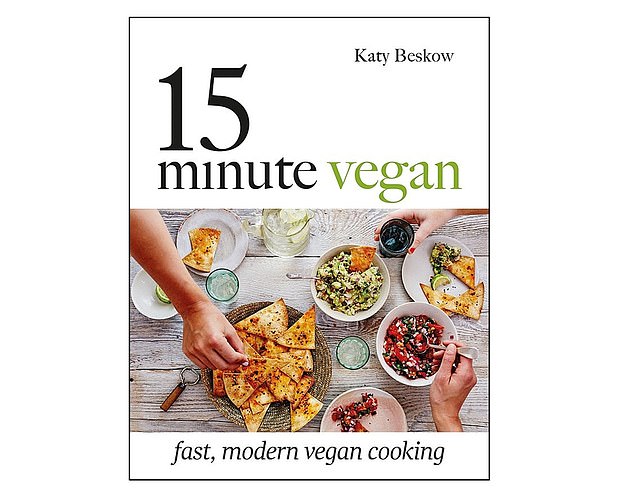 For those on a budget, Miguel Barclay’s Vegan One Pound Meals is a fantastic option. As the title suggests, meal prep should come in under a pound a head without sacrificing on quality.

If £1 per head sounds too good to be true, take a look at a few of the mouthwatering recipes on offer: sweet potato katsu curry, black bean meatballs and sticky aubergine bao showcase the best vegan flavours which won’t break the bank. 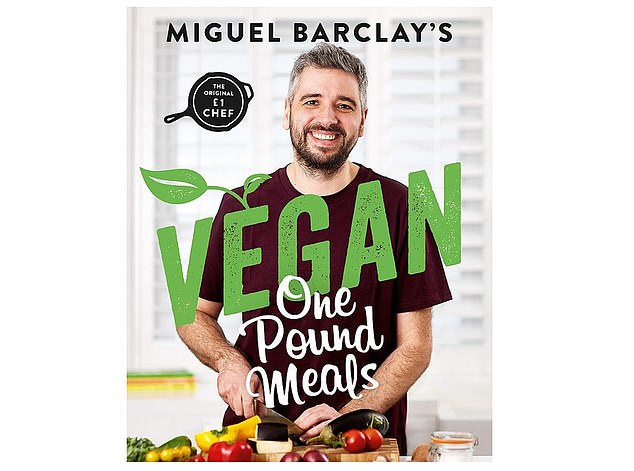 For show-stopping recipes that are really designed to impress, Chantelle Nicholson’s Planted has you covered.

The sophisticated vegan dishes range from the mouthwatering roasted jerusalem artichokes, puy lentils, zhoug, and spiced prunes to caramelised banana crème brûlée and black sesame ice cream. Although the recipes look high-end and taste fantastic, for the budding chef they are relatively easy to create in the kitchen – so get planning your next dinner party! 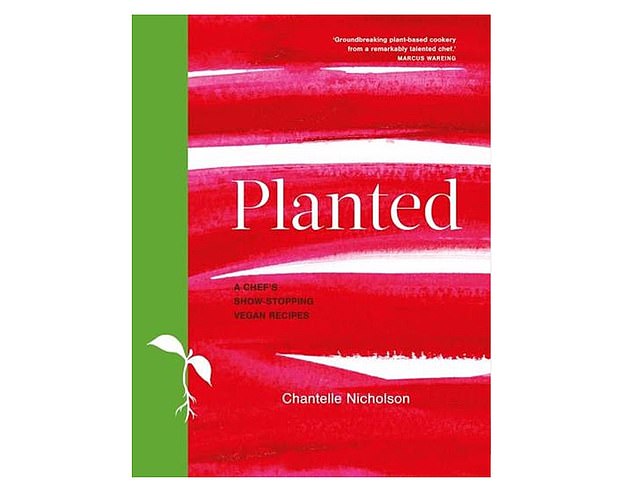 MailOnline may earn commissions on sales from the links on this page.

Fri Sep 6 , 2019
Media: Press Releases | 06 August 2019 New York, 6 August 2019 – A federal court has ruled that refugees cannot be barred from seeking asylum because they entered the country between ports of entry. Hogan Lovells filed the pro bono lawsuit on behalf of individuals adversely affected by […]