Ever since electric cars first appeared in the mid-19th century, the performance, particularly the torque delivery, of the electric motor (eMotor) has impressed the motoring fraternity.

In fact, an electric vehicle (EV) held the land speed record for automobiles until around 1900.

This trend continues today. The Tesla Model S P100D, in Ludicrous mode, holds the record for the fastest-accelerating mass-produced passenger car, while Aspark, a Japanese engineering company, recently set the record with its Owl hypercar for the fastest-ever accelerating road-going car, with a 0-60mph time of 1.69 seconds. 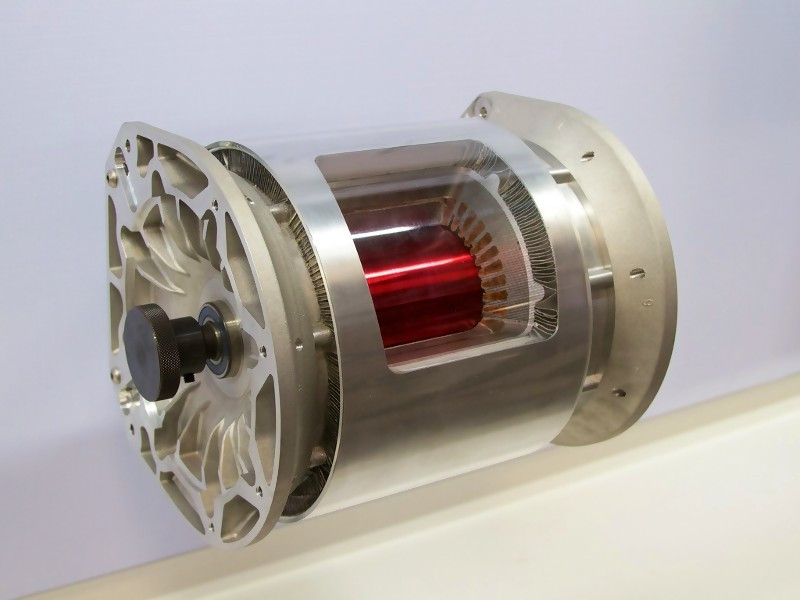 Even though Tesla is regarded by many as the benchmark for EV performance, it no longer has this sector all to itself. In 2018 Mercedes-Benz, Jaguar and Audi all presented Tesla challengers, more have arrived in 2019, and will continue to do so in the near-term.

In November 2019, the next step in the revolution of eMobility was realized when Volkswagen began series production of its new people’s EV, the ID3.

What happens in a future where EVs are no longer the news?

As EVs transcend from expensive luxury and performance niches to higher volume, cost-sensitive sectors, the fact that a vehicle is equipped with an electric powertrain will no longer be news per se.

The dialogue will shift to three key differentiators:

Once the focus shifts from the challenges facing the EV to product differentiation, manufacturers will be able to concentrate on engineering powertrains that meet consumers’ expectations, and differentiate brands.

Which eMotor architecture will manufacturers choose to power their EVs into the future?

The two primary types of alternating-current (AC) traction motors, permanent-magnet and induction, each have advantages and limitations in automotive applications.

However, because permanent-magnet motors are inherently more efficient most automakers and suppliers have chosen this technology. By using neodymium iron boron (NdFeB) magnets these motors can achieve efficiencies of up to 15 percent higher than similar-sized induction motors.

Despite generally having a pricier bill-of-materials than induction motors, automakers are still able to save costs on the powertrain because the higher efficiency enables manufacturers to reduce costly battery capacity without compromising vehicle range.

For example, the cost of increasing the capacity of a 60kWh battery pack by just five percent to compensate for use of an induction eMotor can increase powertrain costs by upwards of $300 (optimistically assuming an added cost of just $100 per kWh).

AC induction motors are often preferred by manufacturers, such as Tesla, for high power output applications, even though they are less efficient. But while the company uses induction motors on its larger and more performance-oriented Model S and Model X vehicles, it has opted for a PM eMotor for the Model 3.

In the quest to further improve the power density of the Model 3’s permanent magnet motor, Tesla has turned to a PM configuration designed to take advantage of the Halbach affect.

A Halbach array is an arrangement of permanent magnets that creates a stronger field on one side while reducing the field on the other side to near zero. This is accomplished by orienting the magnets so that their poles are out of phase, typically by 90 degrees. This orientation essentially strengthens the magnetic field of the working surface while reducing the field of the non-working surface to nearly zero.

Although not yet mainstream, electric motors based on the Halbach array offer several benefits over conventional designs, including high power density and high efficiency.

In the Model 3’s three-phase, six-pole, internal permanent magnet switched reluctance motor, four small magnets that oppose each other are bonded together to produce a PM that exploits the Halbach effect. There are several of these magnets within the motor. This tweak to the PMs contributes significantly to the model 3’s impressive range.

Despite their numerous advantages, high-volume manufacturers have been wary of permanent magnet motors because of their traditional reliance on heavy rare-earth elements. Most of these materials currently come from China, which also holds anywhere from 35 to 40 percent of the world reserves of rare earth elements such as neodymium and dysprosium.
To reduce the reliance on these strategic and costly metals, most manufacturers are studying alternative materials and processes.

In 2018 Toyota announced it had developed a new neodymium-reduced, heat-resistant magnet that uses significantly less neodymium, while still performing well at high-temperatures.

By replacing a portion of the neodymium with lanthanum and cerium, which are low-cost rare earth elements, the company was able to reduce the amount of neodymium used in the magnet.

The use of lanthanum and cerium also enables high heat resistance and reduces the loss in coercivity. Moreover, the new magnets require no terbium or dysprosium usually required for highly heat-resistant neodymium magnets.

More recently, in February 2019, researchers at Argonne National Labs announced that they had developed a lighter, cheaper, and more efficient motor, called HyMag, by adding enhancing layers to the structure of the materials that make up the permanent magnet to improve the magnetic flux density.

The scientists say the new material improves flux density by 10 to 30 percent compared with conventional permanent magnet motors, offering EVs greater range without larger batteries. And, depending on the application, HyMag motors require up to 90 percent fewer rare-earth materials, which will significantly reduce costs.

According to Argonne group leader of Nanomaterials, Devices, and Systems, Kaizhong Gao: “You have to have higher flux density in order to have more efficiency,” adding that the additional efficiency translates into either more energy produced, or fewer losses.

The greater efficiency can have compound benefits. In addition to fewer materials, the motors can be lighter for the same amount of power, further reducing materials and cost.

With rare earth magnets being a limited resource and a considerable contributor to the material costs in permanent magnet e-machines, Austrian-based automotive consulting firm, AVL, examined the feasibility of producing a next generation eMotor without any rare earth magnets.

Presenting the results at the 2018 CTI Automotive Drivetrain Symposium in Berlin, the company concluded that a permanent magnet synchronous architecture with a reduced concentration of heavy rare earth materials was indeed possible.

This decision was based on a peak power output of about 300kW for a two-tonne rear-wheel drive car in the upper mid-class and premium passenger car segments. In this scenario, a realistic torque per wheel is approximately 2500Nm, or 5000Nm for the driven axle.

The company also decided on 800V to reduce the weight of the conducting materials as well as reducing the semiconductor chip area in the inverter, both of which have the potential to lower the costs of inverter and wiring. At the same time the charging power can be increased, allowing for rapid charging.

In another decision, based on cost optimization, the size of the motor was reduced thereby decreasing the use of many of the expensive materials, such as the dynamo sheet metal, magnets and copper.

However, scaling down the motor also reduced its torque which in turn required an increase in rotational speed to regain lost power, as can be construed from the formula P= ω.T, where P denotes Power, ω Rotational speed and T the torque – all in SI units.

The relationship between speed and weight/volume/cost is shown in the graph below:

It was important to find the upper limit in speed, at which point the use of special bearings, lamination material, windings and so forth would escalate the costs.

Before quantifying the rotational speed of the motor it was important to fix the transmission requirements. To optimize efficiency, the number of ratios needed to be as low as possible. Thus, for this high speed e-axle, the number of ratios was limited to two, resulting in a spread of about 16.

With this transmission ratio, a top speed of 240kmh with a tire size of 245/45 R19 would require the eMotor to rotate at a maximum speed of approximately 30,000rpm.

Without using expensive technology such as cobalt laminations, this high rotational speed presented the design team with several challenges, including:

By applying the design principles briefly outlined above, the company claims that an increase, by a factor of two, in motor speed results in a reduction of active motor material by an equivalent factor of two.

Provided that special or expensive technologies in the motor and transmission design can be avoided there are substantial cost savings to be realized in increasing the rotational speed of the motor. Weight and size of the motor can be reduced accordingly which also have a positive impact on vehicle dynamics and cost.

With over 300 EV models expected to be available in Europe by 2025, manufacturers and suppliers need to keep abreast of the latest developments in electrification, not least of all the trends impacting BEVs and the eMotors that will propel them in the years to come.

As a company focused on the automotive industry, Automotive IQ organizes the following events related to eMobility and the eMotor:

Now, Get the Bigger IT Picture

Sun Oct 20 , 2019
We hope you will check out our new Informa Tech collaboration, IT 2020: A Look Ahead. Image: Gorondenkoff – stock.adobe.com For more than 30 years InformationWeek has served as a voice for the IT management community: first as a weekly print publication, and today as an online entity with InformationWeek.com […]