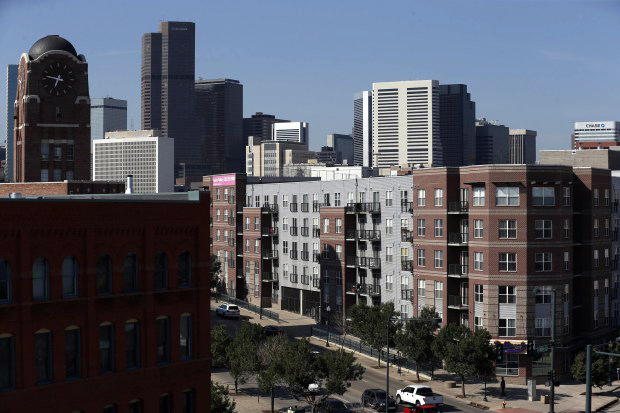 Apartment rents rose modestly across much of metro Denver last year, with the exception of Brighton, where they fell 6%, according to a year-end survey from Apartment List.

Thornton rents were up 3.1%, while Arvada, Parker and Littleton all measured two-bedroom rent increases of 2.1% last year. Westminster had a 1.5% increase, while Aurora rents were up 1.4%.

“Denver’s current rate of growth is particularly low, but we did see a similar stretch of sub-1% growth in the late summer and early fall of 2018,” said Chris Salviati, a housing economist with Apartment List, an apartment listing service.

Denver’s median two-bedroom rent of $1,350 is above the national average of $1,192, according to Apartment List. But Denver apartment rents are the second-lowest in the metro area after Wheat Ridge, a reflection of the large supply of older units in those two cities.

Lone Tree had the highest median two-bedroom rent at $2,010 a month in December, followed by Thornton at $1,940 and Lafayette and Littleton at $1,900.

Denver apartment rents rose between 6% to 8% in 2015, but they starting slowing in 2016, rising only 1.6% in December of that year. They haven’t risen faster than 3% since, according to Apartment List.

“One thing to keep in mind is that although rent growth has cooled, Denver still experienced one of the biggest increases in housing costs in the nation over the past decade as a whole,” Salviati said.

Different data providers show different inflation rates for metro Denver apartments, according to numbers provided by the National Apartment Association. CoStar is showing apartment rents rising at a 3% clip in metro Denver in the fourth quarter, while Yardi has it at around 1.5%. Marcus & Millichap is an outlier, with rent growth running a robust 6%.

“With all the new construction in Denver, decelerating growth does not surprise me, though, and I would expect slower rent growth in 2020 until demand has a chance to catch up with supply recently delivered,” said Paula Munger, head of industry research and analysis for the National Apartment Association.

Tenants have consistently filled the new apartments that hit the market in recent years. But Munger estimates developers overshot demand by about 1,900 units last year in metro Denver.

“I would expect slower rent growth in 2020 until demand has a chance to catch up with supply recently delivered,” she said. “I anticipate continued strong demand in 2020 in metro Denver, but we may see developers hit the pause button after projects currently underway are wrapped up.”