We find out if the XC40 petrol is worth serious consideration as a replacement for the now- discontinued diesel version.

With petrol rapidly becoming the preferred choice of fuel, Volvo’s decision of launching the XC40 T4 couldn’t be more right. The new 2.0-litre turbo-petrol engine replaces the diesel in its line-up, and the XC40 is now available in a single, fully loaded ‘R-Design’ trim. Now the diesel left us very impressed when we drove it, so can the petrol engine carry forward the baton? 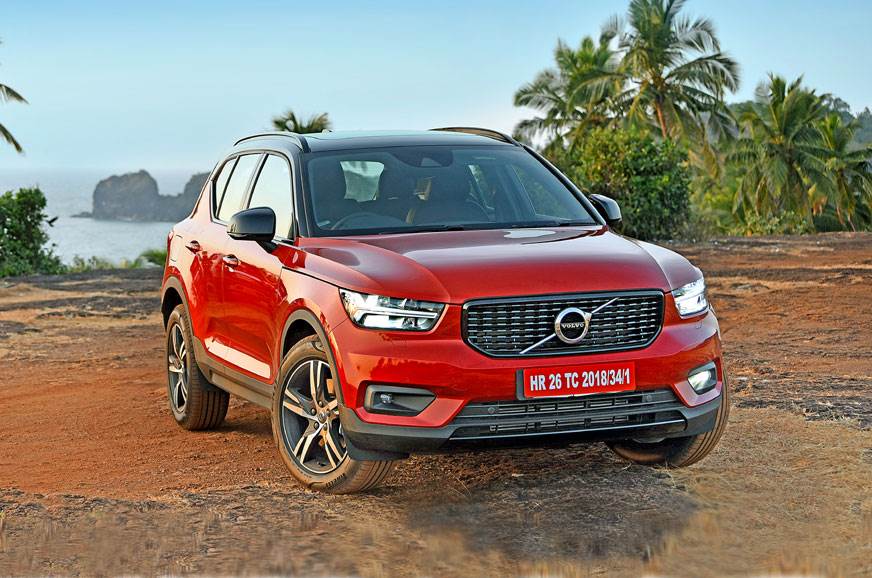 On the exterior, there is no change to set it apart except for the T4 badge. Also, being an R-Design, there isn’t too much bling; the only chrome bits are the logo on the grille and the exhaust tips at the rear. The front is typical Volvo, featuring the famous ‘Thor’s hammer’ design for the LED headlights and a glossy black grille. Over to the side, you get the same 18-inch alloy wheels and a blacked out roof that looks very cool and at the rear, the boomerang-like taillights are unmistakeably Volvo.

The interior of the XC40 again, is like all Volvos; fantastic. The design, build and the overall feel exudes the feeling of being premium; and you do get your money’s worth in here. The dashboard is dominated by soft-touch materials and subtle piano­-black accents around the vents and the vertical touchscreen look nice. Speaking of which, the 9.0-inch touchscreen is similar to the one we’ve seen before. It’s responsive, high on functionality, and despite being the one-stop location for most of the controls, its user friendly too. 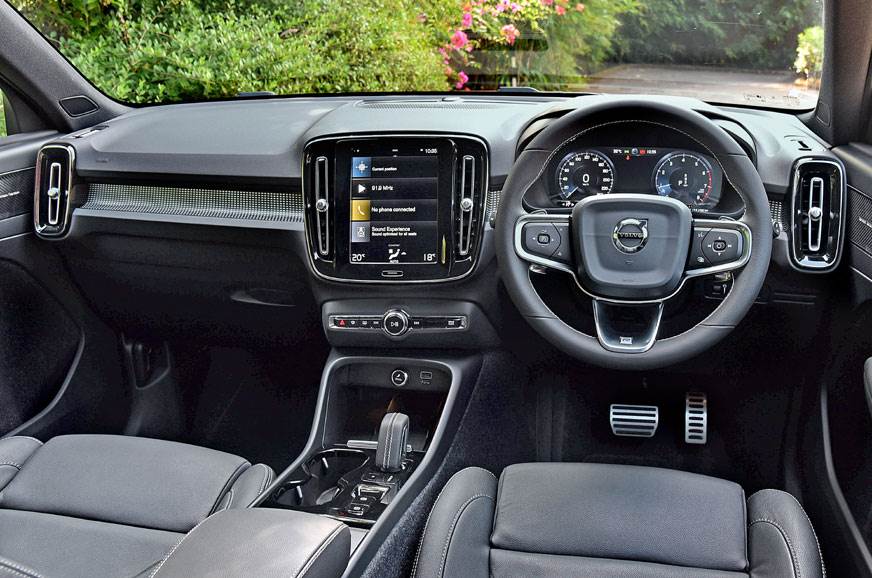 The steering and the fully digital instrument cluster see no revisions, but the seats are now all black, as opposed to the bright orange theme that you could opt for with the older car. The orange inserts were what really distinguished the XC40, and even though they were available only with the white paint option, they looked striking. The seats themselves are superb, though. You get premium leather upholstery, memory functions for the driver side and they offer excellent support in just the right areas, so long drives are an absolute breeze. The heated seats have been omitted now, which is a downer for those in the north. 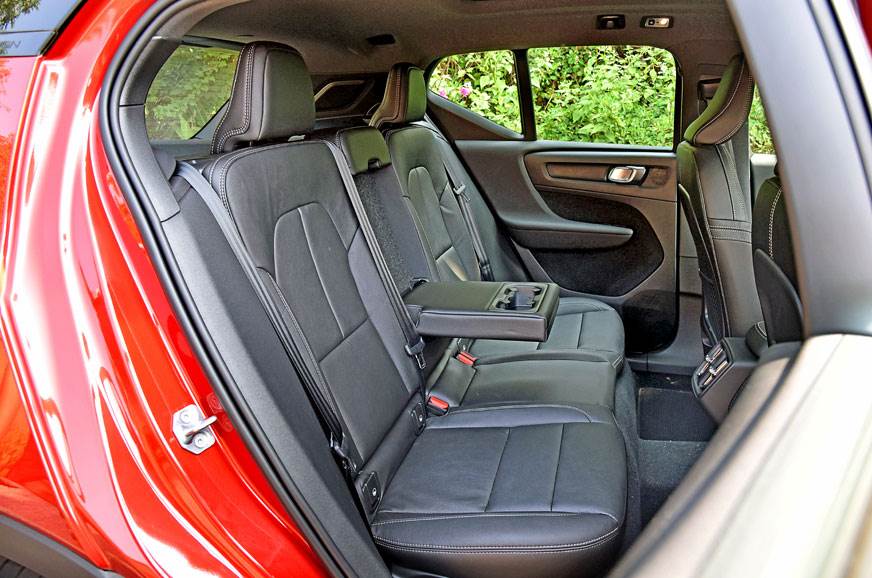 The rear seat of the XC40 is not the best in its class, but you do get enough room back here. However, the backrest is a tad too upright and the low set seats mean that taller passengers tend to sit knees-up. Then there is the upward-sloping roofline that cramps up the cabin, but you do get a panoramic sunroof that adds some airiness. Practicality is good with plenty of storage throughout the cabin and a big 460-litre boot. 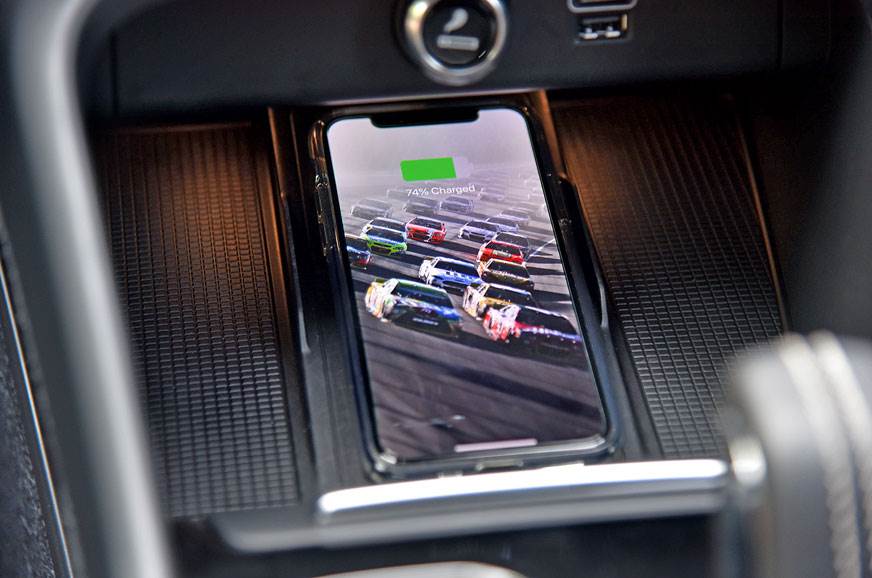 What Volvo is well known for, is packing their models to the brim when it comes to equipment. The XC40 R-Design gets tech and features seen on cars two segment above. The list includes radar-based safety assists like adaptive cruise control, lane-keeping assist, a collision mitigation system, six airbags, ABS with EBD, brake-assist, hill ascent and descent controls, and a lot more. You also get wireless charging, a tyre pressure monitor and front and rear parking sensors with a reverse camera.

Powering the XC40 T4 is a BS6-compliant, 2.0-litre, turbo-petrol engine that makes 190hp and 300Nm of torque. On start up, refinement levels are excellent; there are no vibrations and the engine runs silently at low revs. Step on the accelerator though, and you get a thrum that’s boomy past the 3,000rpm mark and almost coarse near redline. Progress, though, isn’t as swift, and the power delivery is linear throughout the rev range. The turbo kicks in around the 2,500rpm mark which gets you a slight surge, but it’s still not exciting enough. You do get drive modes between Eco, Comfort, Dynamic and Off-road, but even in its most responsive, Dynamic setting, there is no punch from the engine. A lot of that has to do with the 8-speed automatic gearbox, which just isn’t responsive enough. Shifts are smooth, but slow. Even using the paddleshifters is no help. The best way to drive it then is in Dynamic mode for those slightly faster shifts, but with a relaxed foot. You also get an Off-road mode, but all it does is simply lightens the steering, engages hill-descent control and turns off the auto start/stop for a climb down a steep trail. 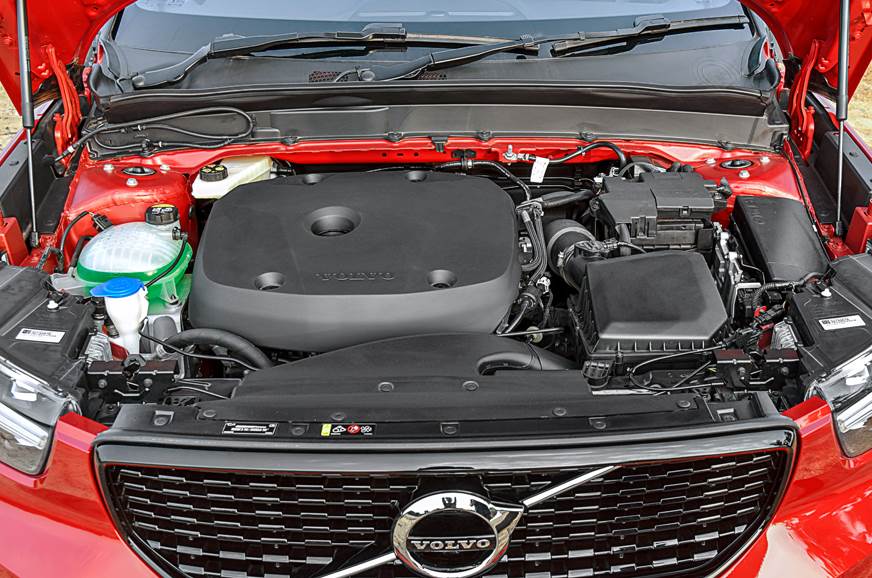 The XC40, in its T4 iteration, is also now a front-wheel-drive vehicle; and while that helped save some weight, it feels neither light, nor agile. 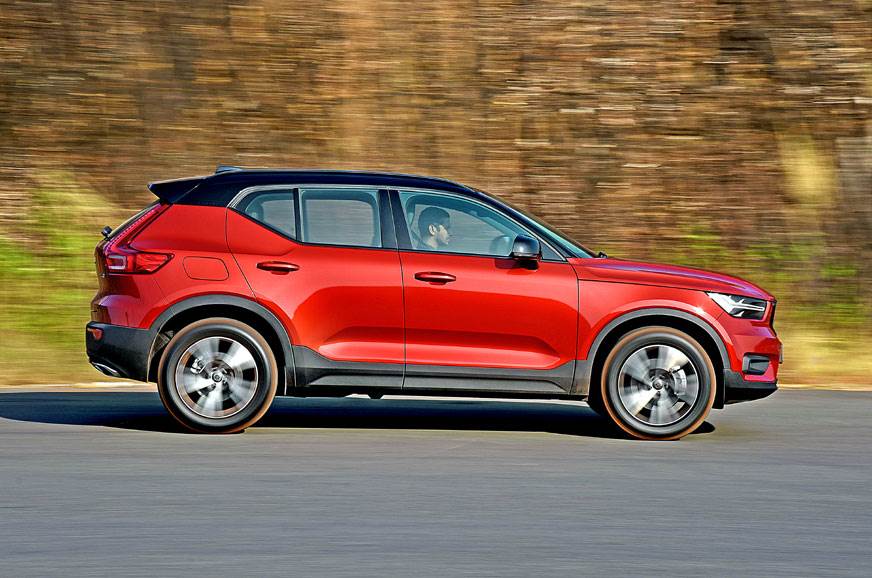 Handling is like you’d expect in an SUV; and it isn’t a particularly enjoyable car to drive on a winding road. That said, body roll is well contained, grip from the Pirelli P-Zero tyres is good and steering is consistent, fluid. Also, the brakes are sharp but progressive and offer a strong bite. In terms of ride comfort, the XC40 is impressive with its high-speed stability, but the ride does get a bit bumpy at low speeds over broken patches of roads. But the cabin is well-insulated and you don’t feel too many of the jolts on the inside.

Should I buy one?

Priced at Rs 39.9 lakh, the XC40 T4 is one of the more expensive SUVs in its segment. However, available only in one, fully-loaded R-Design guise, you do get a lot of car for the money. The design turns heads, the cabin is practical and it’s got the lengthiest features list. 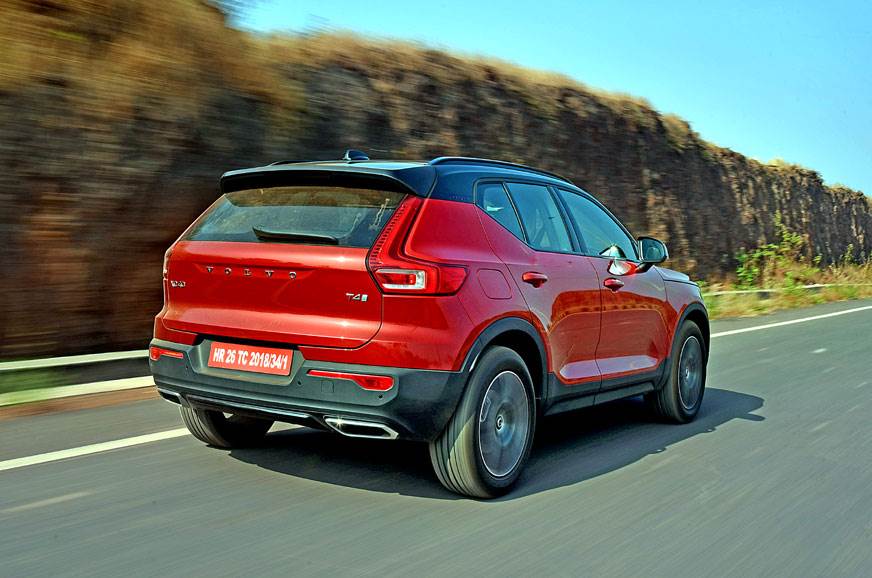 Then there is the petrol engine which, despite not being the best in terms of refinement has enough grunt to get you around. Yes, the backseat isn’t impressive and the aftersales experience is not as widespread as its German rivals, but it’s a small price to pay in exchange for a well-sorted SUV that gives you almost everything you’d want.

So if you are in the market for a compact luxury SUV with a petrol engine, the XC40 T4 is an option worth serious consideration.

Mon Sep 2 , 2019
The National Science Board (Board) is required under the National Science Foundation (NSF) Act, 42 U.S.C. § 1863 (j) (1) to prepare and transmit the biennial Science and Engineering Indicators (Indicators) report to the President and Congress every even-numbered year. The report is prepared by the National Center for Science […]