From the original VCR and CD player to the Connected TV and driverless car tech, the Consumer Electronics Show – or CES as it’s now ubiquitously referred to – has hosted the debuts of products that influence countless lives the world over.

Since 1967, the annual event has grown to require no fewer than 11 official venues dotted around Las Vegas, with over 4,400 exhibitors showing off their latest innovations to over 170,000 visitors.

The global automotive industry cottoned on the CES some years ago, and – while still very much dominated by consumer tech firms like LG, Sony and Samsung – the headlines generated by the likes of the Mercedes F015 concept, shown in 2015, have ensured the event has now become the traditional curtain-raiser to the automotive year, especially now the Detroit Auto Show has moved to its new date in June from this year onwards.

Here’s our alphabetized look at some of the concepts and tech innovations that could influence the automotive industry in the years to come: 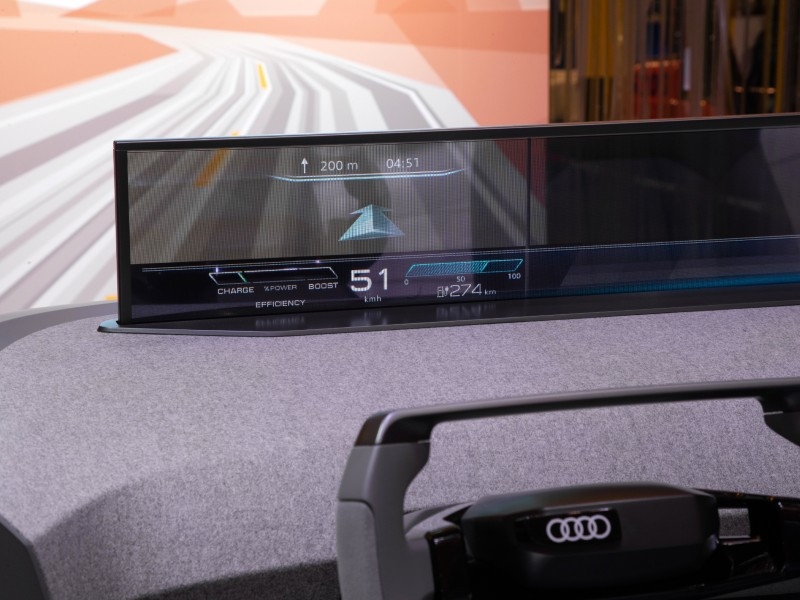 A couple of interesting previews of forthcoming tech from Audi this year. The first is its AI-powered MMI that builds on the features of its current infotainment system.

In addition to learning a driver’s preferred routes and destinations, the next-gen system also takes into account selected seat positions, media, route guidance, cabin temperature and interior fragrance. Analyzing these, the car’s AI can then adjust in-car settings to improve the driver’s mood.

The firm also showed its latest collaboration with Samsung, a transparent 3D head-up display that’s 150mm high and 1,220mm wide. According to the firm, the screen allows navigation data to be placed very precisely over oncoming turns, right in the driver’s line of sight, meaning they don’t need to refocus on the information to see it. 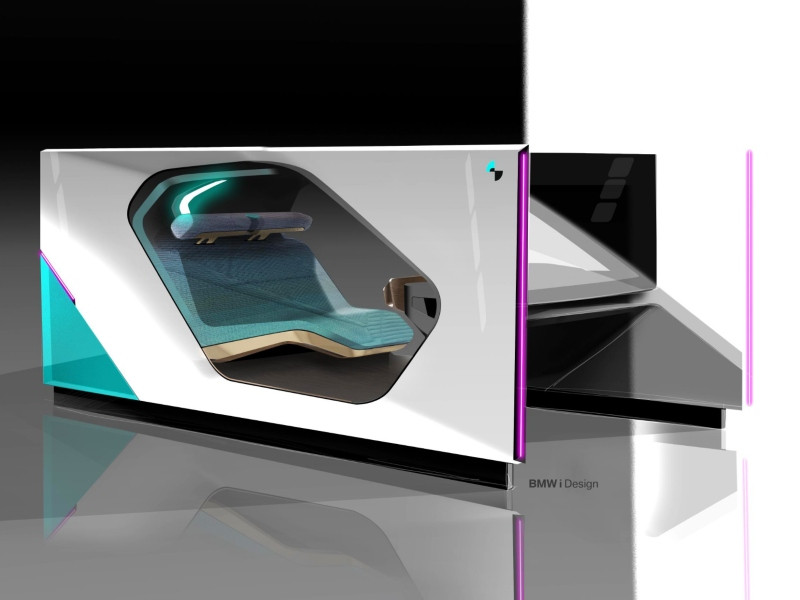 BMW’s CES 2020 places the focus firmly on car interior technology. To that end, its BMW i Interaction EASE concept, designed in collaboration with its Designworks studio, features an interesting gaze detection system.

When a passenger fixes their gaze on something outside the car, for example a landmark building, the AI system projects simple information about it on the front-screen augmented-reality display. If the passenger looks at the information, the car provides more. All of this is done via the built-in 5G connection. The tech is likely to debut in the BMW iNEXT, due in 2021.

Both this concept and two X7 SUVs also feature BMW’s new ZeroG Lounger chair, which can tilt back between 40 and 60 degrees. Thanks to in-built cocoon airbag and seatbelt, the seat already conforms to all safety standards, according to BMW.

Outside the show, BMW also brought a fleet of 20 i3 EVs fitted with completely revised interiors, save the driver’s seat and dashboard. Designed to imitate the environs of a boutique hotel, the laid-back cabins include a screen that flips down from the roof and a ‘Personal Sound Zone.’ Show-goers will be able to test out the modifications for themselves by hailing a ride one of the i3s via a special app. 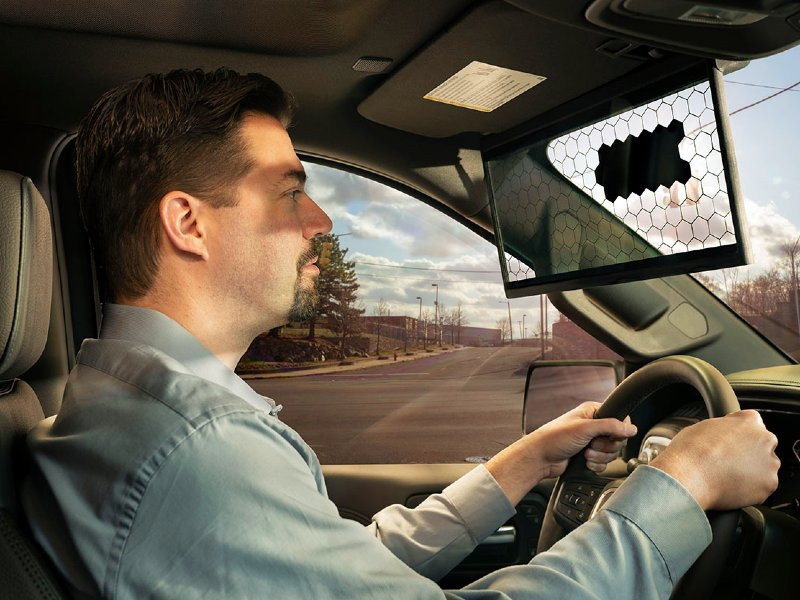 Sometimes it’s the simplest things inside that car that deserve a rethink. Bosch certainly thinks so, bringing the humble sun visor right up to date with its Virtual Visor technology. The visor is made from an LCD panel connected to a driver-monitoring camera. The camera uses AI to work out where the driver’s eyes, nose and mouth are located so that it can identify shadows on the face. An algorithm then analyzes the driver’s view, and then darkens just the section of the display needed to shade their eyes, leaving the rest of the screen transparent and thus no longer obscuring their view. 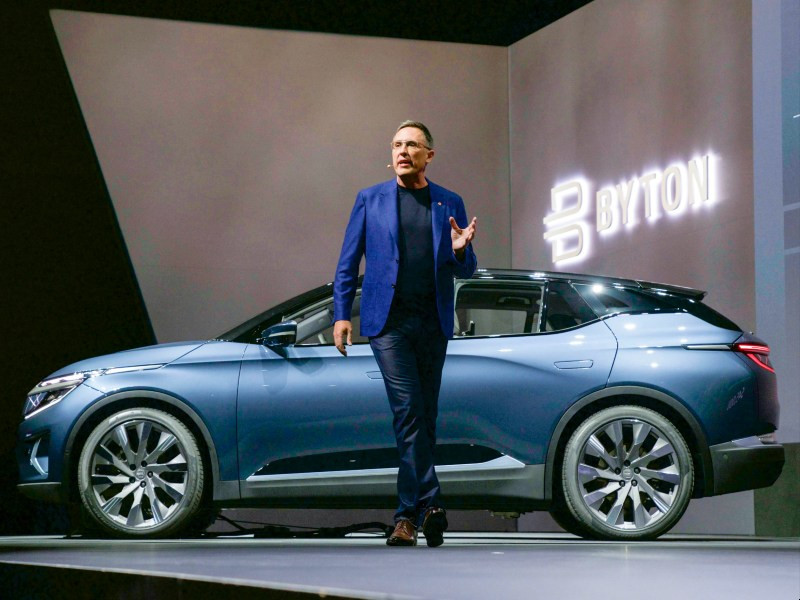 Byton got in there early with a press conference to announce the North American debut of its M-Byte electric SUV. The car’s signature hook is its 48-inch front display that runs almost the entire length of the dashboard. At CES, Byton announced that it’s opening up the development of new apps for the car to third parties to help expand its suite of available automotive content. 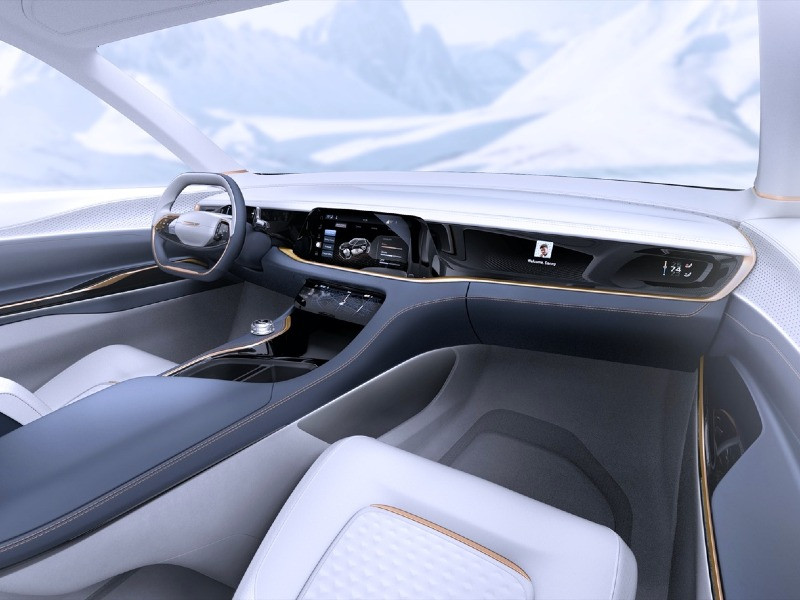 Alongside plug-in hybrid Jeeps and a demo of its UConnect system, Fiat Chrysler’s Airflow Vision concept gives an idea of the firm’s thinking for a next generation of minivan. Premium materials, a stripped-back look and no fewer than six configurable screens that allow information to be shared around the cabin with a simple swipe are all featured. 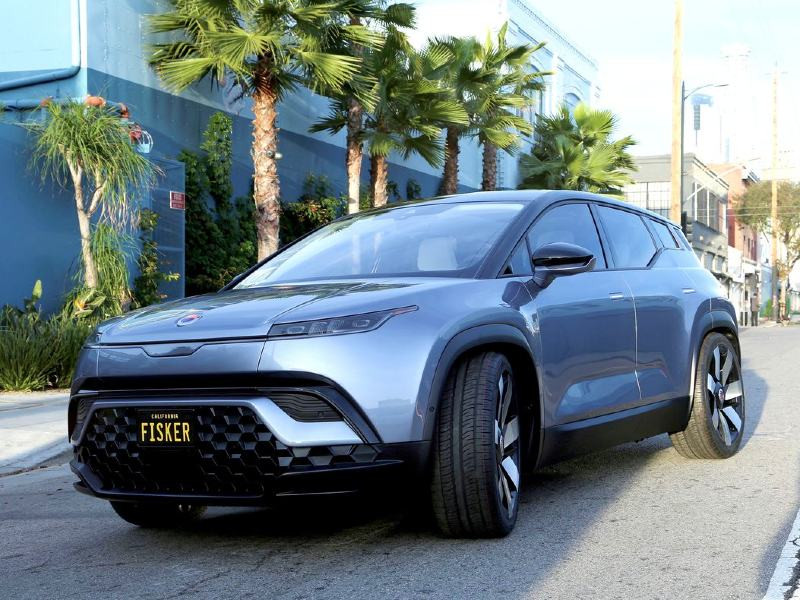 Potentially coming to a road near you in early 2022, the Fisker Ocean is a $37,500 electric SUV with a range of between 250 and 300 miles. Claimed by company founder Henrik Fisker to be ‘the world’s most sustainable car,’ thanks to its optional solar roof and vegan, recycled interior, the Ocean will also be available to lease from $379 per month with no long-term commitment. 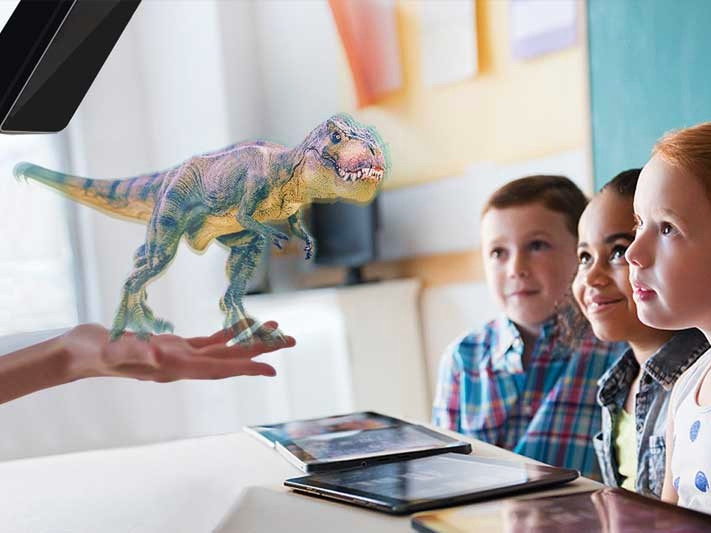 China’s Futurus is exhibiting its aftermarket head-up display technology at CES. Featuring a six-inch 720p display, the HUD also includes voice control. Also of interest is the firm’s holographic tech. Called Holopixo, the full-color hologram works in tandem with gesture and voice control, and BMW is rumored to be interested in the automotive applications of the tech. 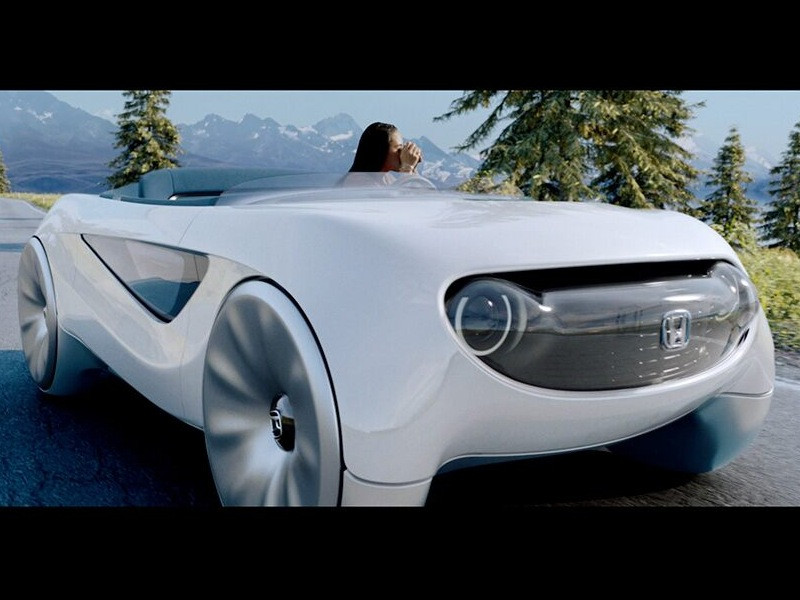 Making a bigger splash than usual, Honda has announced a host of interesting debuts for its CES appearance. Spearheading these is the Augmented Driving Concept, which gives an idea of Honda’s thoughts on how its cars will switch between autonomous and manual drive modes. The firm will also show its vision for a future mobility ecosystem for 2035, including a VTOL aircraft; new collaborations from its Xcelerator start-up development program; and its Safe Swarm vehicle-to-x technology. 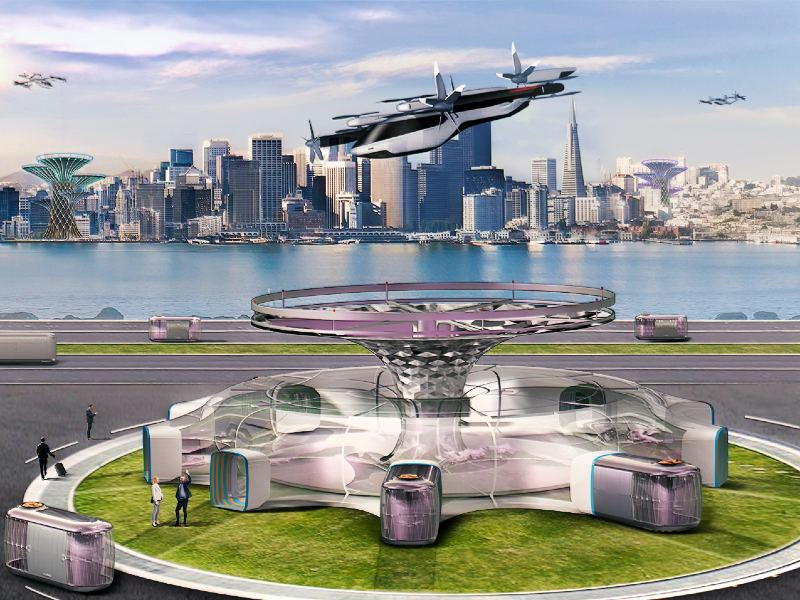 We first mentioned Hyundai’s grand plans for a personal flying aircraft last year, when the Korean firm spelled out its future strategy. At CES, the firm announced that it will become the first automotive partner to join the Uber Elevate program. Hyundai will build the aircraft, based on the S-A1 concept on display at CES, while Uber will take care of infrastructure and ground transportation. Hyundai also confirmed the Hub Concept, above, which is a preview of the aircraft’s arrival and departure facility that will also serve ‘as place for community activities,’ according to the firm. 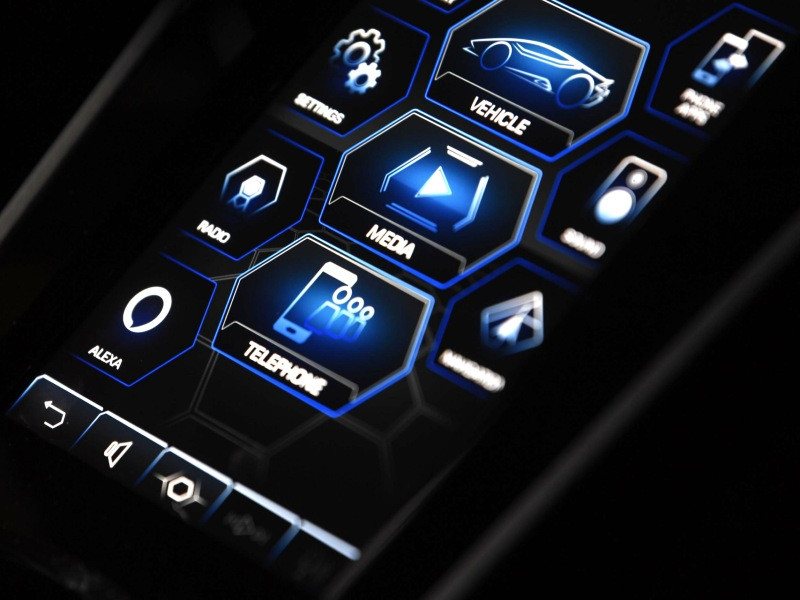 Amazon’s tentacles in the automotive industry continue to weave ever deeper. Following its big investments in Rivian and Echo Auto, plus Fire TV coming to BMW and FCA vehicles soon, the firm tied up with Lamborghini to bring its cloud-based Alexa voice control system to the revised Huracan sportscar.

Functions including seat heating, climate control and interior lighting can all be adjusted with voice commands, along with current in-car voice standards like making calls, setting navigation and changing the infotainment.

Alexa also links with compatible devices in your home, so you can control heating, lighting, and garage doors with voice commands, too.

Tied into a partnership between Mercedes-Benz and the Avatar movies, CES hosted the debut of the Mercedes Vision AVTR – or Advanced Vehicle Transformation – concept. The show car has a couple of interesting previews of Mercedes’ future user experience and battery tech.

On the former, the car is started by recognizing the driver’s heartbeat and breathing, while functions are controlled via information projected onto the driver’s hand. As for the battery, Mercedes is touting its graphene-based organic cell chemistry battery that uses no rare earth metals and is completely recyclable.

Elsewhere, the concept has a fully vegan interior, a trend rapidly emerging in the luxury segment of the automotive industry, while the AVTR’s exterior features 33 bionic flaps that can communicate with the driver. 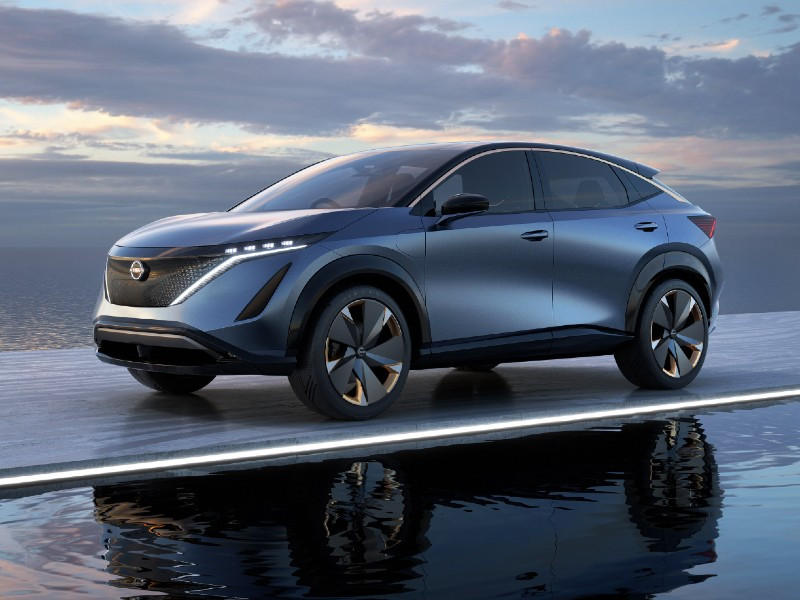 Nothing new to show for CES, but Nissan will bring together a number of its neat innovations launched in the past 12 months that preview some of its future car tech. Centered around its Ariya concept, which is a look at the firm’s latest design language, Nissan will also show off an ice-cream truck designed to show one way in which used EV batteries will have a second life, and an autonomous golf ball that always finds its way to the hole. 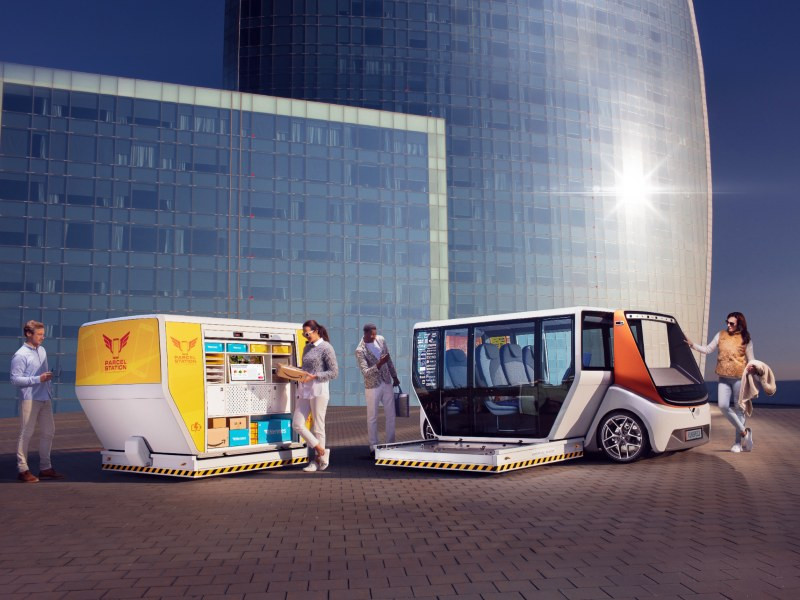 Now a regular at CES, Swiss auto industry think tank Rinspeed has spent the last couple of shows debuting its Snap modular chassis and separate body mobility solution. First it was shown full size, the as the smaller Microsnap. Now, this third version – the Metrosnap – focuses on the solution’s consumer focus, allowing pop-up shops or delivery centers to be brought to a specific location for a short period of time for optimum consumer convenience. 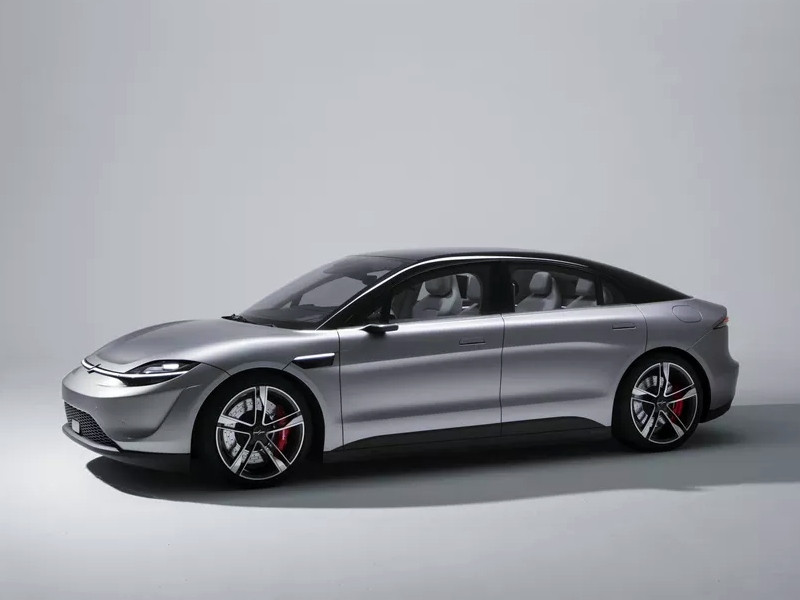 Never underestimate the power of surprise – Sony certainly managed to keep its Vision-S EV concept a secret, driving it on stage towards the end of its press conference. The car actually makes lots of sense, bringing together a number of Sony’s automotive tech innovations into one portfolio piece.

The car features 33 Sony sensors, including CMOS image sensors for object recognition, solid-state LiDAR for distance measurement, and Time-of-Flight sensors in the car’s interior to recognize people and objects in the car.

Also in the cabin is Sony’s 360 Reality Audio, with speakers built into each seat. A huge screen sits up front, with huge potential for the firm’s gaming content to be enjoyed when the car is driving itself. In the background, Sony also touts the car’s on-board software regulated using its AI, telecommunication and cloud technologies, giving OTA updates. 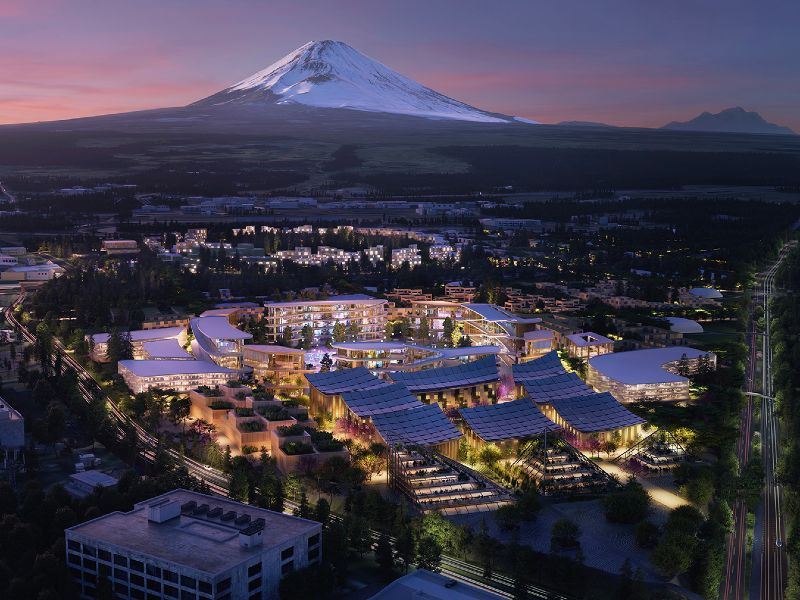 Never short of ambition, Toyota used to CES to announce an entire city of the future, rather than a car. Due to begin construction in early 2021 at the foot of Mount Fuji in Japan, Woven City has been designed as a living laboratory powered by hydrogen fuel cells.

Toyota will invite partners from fields such as autonomy, robotics, personal mobility, smart homes and artificial intelligence to live in the city full time, and research their latest innovations in a real-world, connected environment.

Designed by Danish architects Bjarke Ingels Group, the city has been created with sustainability at its core, with buildings built using traditional Japanese joinery techniques, photovoltaics supplementing the hydrogen power system, and only fully-autonomous EVs allowed on the roads.

Thu Nov 14 , 2019
Constructed from all-natural paper and water-based glue, six-pound honeycomb floorboard is both eco-friendly and strong enough to handle nearly 700 pounds of cargo Honeybees didn’t actually create the four-way parcel shelf for the all-new EcoSport cargo area, but they did lend their design to the recycled paper honeycomb material that […]