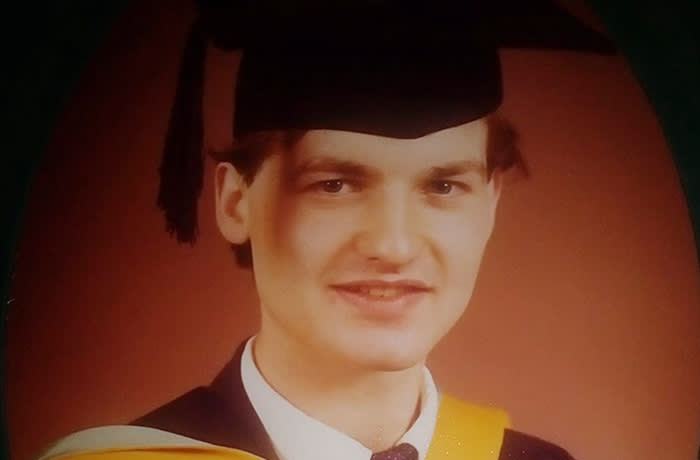 It is never too late to return to university

In a basement of Birkbeck, University of London in May, I ploughed through a three-hour economics exam. It marked the completion of year one of a two-year masters’ programme; the first philosophy, politics and economics MSc course to be offered part-time by a British university.

I selected three questions from the paper and settled into setting out my answers on game theory, monetary policy and welfare economics. When I headed out into the sunshine on crowded Malet Street, in London’s Bloomsbury, I was satisfied I could have done no better and I was surprised by how much I enjoyed it.

Despite studying professional courses in my 20s and yachtmaster exams in my late 30s, it was not since my student days in the late 1970s that I had put myself under such academic pressure.

My studies were unfinished business. My economics degree at De Montfort University, Leicester, thorough as it was, did not fully explain how an entire economy works. Maybe I was too distracted by going to see the likes of Iggy Pop at De Montfort Hall.

I wanted to pursue research after leaving with a 2:1, but I was forced to find work due to lack of funds. I took my first job at Haymarket Publishing in London, selling advertising space, before switching to journalism and working my way through local and regional newspapers into the national media.

I was finally spurred into postgraduate study because I felt underqualified. For the past eight years I have run a journalism bursary scheme for the Guild of St Bride’s Church in Fleet Street, the old centre of London’s newspaper trade. The church makes an annual grant to a journalism postgraduate student at City, University of London. If I am interviewing candidates for awards, I thought I should have a masters myself.

The student experience has been very different this time around. In 1976 I had 16 hours a week of lectures, the library was our internet and there was plenty of time for rugby and a lively social life.

Fast forward to 2019 and the teaching is crammed into weekday evenings after a day at work. Everyone in my cohort has forged supportive friendships through a WhatsApp group and we manage the odd social meet-up. There is strong camaraderie, with shared setbacks and triumphs along the way.

The compulsory economics module was taught using the Curriculum Open-access Resources in Economics programme, or Core, a new model that was developed post-crash when traditional teaching methods were heavily criticised. We were warned at the outset that this fresh approach would challenge our thinking, prejudices and the orthodox view of capitalism. Its examination of centuries of inequality did just that and gave us the tools to compare countries’ progress and model the impact of policy options.

The coursework has not been easy. My biggest stumble was when I inadvertently failed my first philosophy essay on Plato’s theory of forms and the third man argument. But I was able to rework it and find my voice, scoring more highly when resubmitted.

When I started I was surprised to find that at 60 I was not the oldest student in the room. My colleagues came from all walks of life — some straight from graduate courses in the UK and overseas, some working at the Home Office, others doing a second MSc, or retired, but fully engaged in study.

As a very mature postgraduate, I have discovered how much more there is to learn and what a fun challenge it can be. Now, thanks to Birkbeck, I understand how to model a whole economy, albeit under some strict assumptions.

I returned in the autumn for two politics modules and a dissertation — after year two I may understand the European political system, just before we leave it.

The author is the FT’s video revise editor

Core emerged after the global financial crisis as students felt traditional economic theories did not represent economic realities. As well as a global recession, inequality was rising, and productivity and worldwide growth slowed.

Wendy Carlin, professor of economics at University College London, convened a small meeting of economists in January 2013. Her goal was to canvass interest in a collaborative project to develop teaching material that synthesised the best of current economic knowledge applied to contemporary issues and problems.

The result was an open-access, free, digital curriculum for students. Rather than keeping to traditional topics such as supply-and-demand curves or consumer preferences, Core tackles issues such as inequality and market failure. It has a focus on technological innovation, the information economy, globalisation, the environment, and economic crises.

According to Prof Carlin, some 259 universities from 49 countries use Core in instruction, including UCL, Toulouse School of Economics, and Humboldt University of Berlin. The University of Oxford incorporated Core into its PPE degree in September.