LONDON — Fernando Alonso will make history as the first Formula One champion to compete in the Dakar Rally when the world’s toughest endurance event enters a new era in Saudi Arabia on Sunday, and the star rookie has no illusions about the challenge.

Nothing in the 38-year-old Spaniard’s track career compares to the obstacles ahead, including 250 meter high dunes, over thousands of kilometers from Jeddah to the finish in Qiddiya on Jan. 17.

“The challenge of the Dakar is undoubtedly the biggest I have faced in my sporting career,” the Monaco Grand Prix winner, double Le Mans 24 Hours champion and Indianapolis 500 contender said when his entry was announced last year.

“But taking on things that look impossible on paper and trying to make them possible in six or seven months of preparation is a thrilling challenge.”

Alonso, who is driving a Toyota Hilux pickup with five times motorcycle winner and compatriot Marc Coma alongside as co-driver, will be happy to finish. 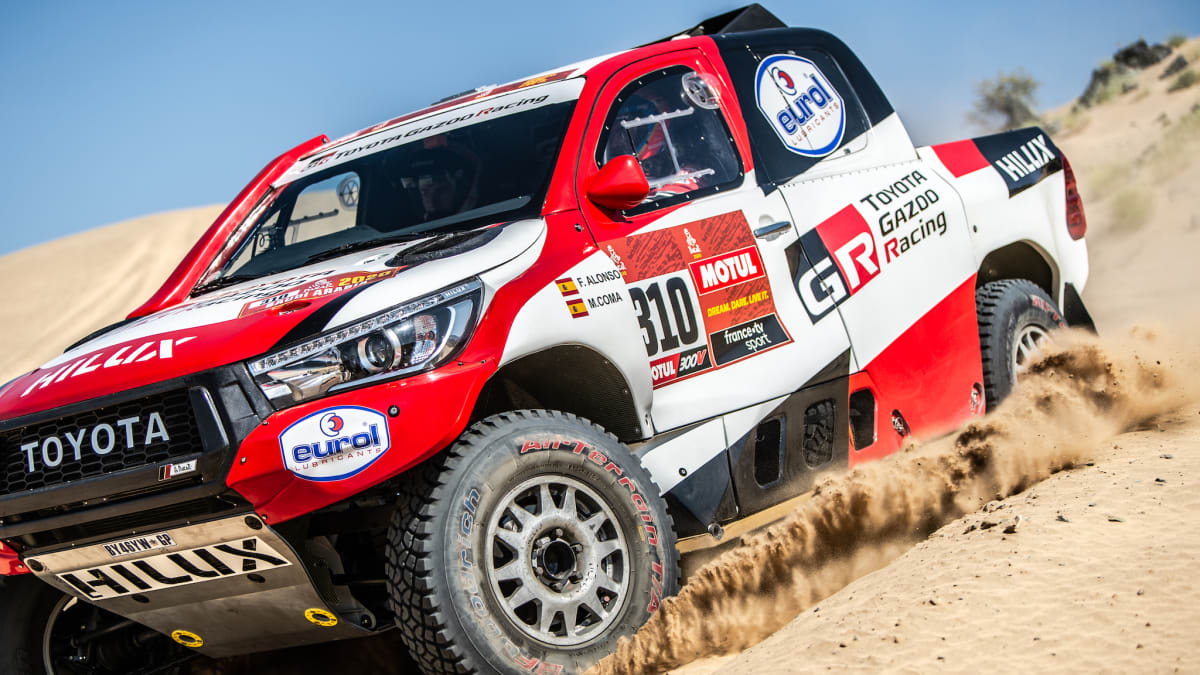 The only ex-Formula One drivers to win the Dakar are Belgian Jacky Ickx, also a former Ferrari ace and Le Mans champion, in 1983 and Frenchman Jean-Louis Schlesser in 1999 and 2000 although many have tried.

This year’s Dakar is held for the first time in the Middle East, with the event moving from South America a decade after it had left Saharan Africa for security reasons.

The route will visit the mountains in the north and the Rub al Khali, or ‘Empty Quarter’, desert region in the south.

Defending champion Nasser al-Attiyah of Qatar remains a favorite with the same Toyota team as Alonso.

The Frenchman had hoped to race with wife Andrea as co-driver but doctors ruled her out on health grounds..

Saudi riders or drivers will be present in all categories, with Yazid al Rajhi a contender with Toyota after finishing seventh last year.

There will be some 351 starters but the switch to Saudi Arabia, which lifted a ban on women driving in June 2018, has drawn criticism from rights activists.

“More than a dozen women drivers will take part in the Dakar Rally while Saudi women activists languish in jail for promoting the right to drive,” said Ines Osman, director of MENA Rights Group, in a statement with Human Rights Watch and 11 other campaigners.

Sun Sep 15 , 2019
More than 1300 people have signed an online petition at Change.org since Sunday, calling for the Fringe to remove the event after a photograph of its organiser Shayne Budgen wearing a white Ku Klux Klan-style hood was shared online. However, Mr Budgen strenuously denied that he is racist or that […]